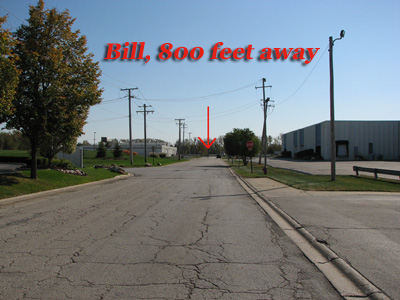 Radio Range:
What’s the distance of a 2.4ghz radio? This is actually one of the subjects that started us down the path of the Transmitter Shootout. As bashers, we get ourselves into all sorts of situations that don’t necessarily keep our vehicles close to us. We sometimes have huge areas, or parking lots, and we love to just go wide open and cruise across at top speeds, or sometimes we play tag and are trying to out maneuver our opponents. We also do a lot of rc drag racing. Whether it’s taking out the King Squid for a few runs, or just doing high speed runs at the local lot, distance can be an important factor.

For this test we used a Traxxas Slash with the body on, and the receiver antenna mounted as optimal as possible. We went out and bought brand new batteries for all the transmitters that used AA’s, and fully charged the radio’s that used NiMH packs. The batteries were installed right before use, so the test of the equipment was as ideal as possible for the radios.

We installed each radio into the truck, then drove down a long straight empty road. All radios were tested from identical heights and locations to make sure it was equal for all. As we drove the vehicle away from us, about every 75 feet the driver would do a full circle to prove they still had complete control of the car. A second person walked next to the vehicle to monitor performance, possible twitching, and to be there in case of a runaway.

Some interesting notes:
The Tactic receiver does not even have an antenna on it.
The Futaba 3PL Does not have an antenna on the transmitter.
The Spektrum distance is almost one half the distance of the Futaba 4PKS. Now before the emails start pouring in, we own a lot of Spektrum radio’s around here, and distance has been an issue on many occasions for high speed runs and drag racing, so while it was not a surprise to see the distance was at the bottom of the chart, it was a surprise to see by how much.
The Futaba 4PK distance was so far, we were actually on cell phones with the driver and the person escorting the car because the driver could barely see the car it was so far away.

How often are you driving your car over 600 feet away? All depends. If your a drag racing guy, probably often. If you are a local track racer, probably not so much.

Move on to Final Results or head back to the beginning shootout page.