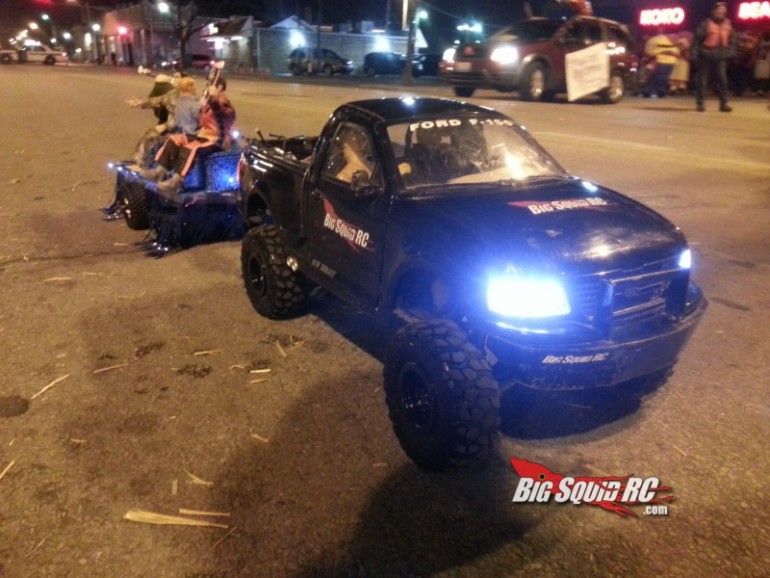 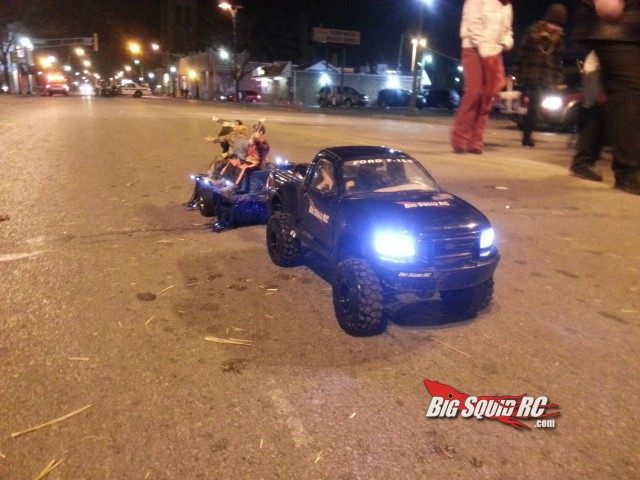 Last night Joliet hosted they’re annual Christmas Parade and as usual I did my best to promote the hobby by building a miniature parade float complete with riders and candy! I started with one of my many scaliers  this one started out as a New bright F-150 and I fabricated a custom chassis and mounted a set of Axial Wraith axles under it but kept the full interior and realistic looks. For the float I took a custom trailer I built a while back and added a bench along with carpet, fringe, lights, and Gi Joes. The mini float was a huge hit! People were more excited about my Rc than the real deal! The truck stood out like no other and made a very good appearance on TV.