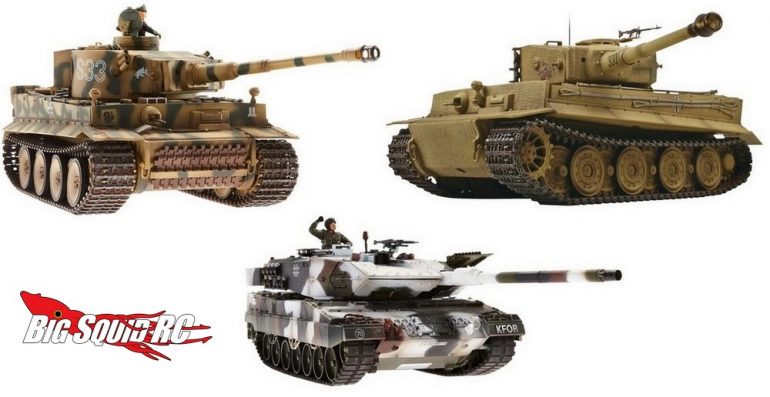 Available right now are 3 new tanks from VsTank. All three are heavy on the scale detailing and are priced at just $179. The tanks move just like their full scale counterparts thanks to a precise radio system and all three include an infrared firing cannon for mock battles.

The new tanks include the Tiger 1 Early Production in Green Camo (#VSKC2062), the Leopard 2 A6 Winter Tank (#VSKC2032), and the Tiger 1 Late Desert Tank (#VSKC2071). To get more details Use This Link to jump on over to the official VsTank website.

Give This Link a whirl for more VsTank news on Big Squid.