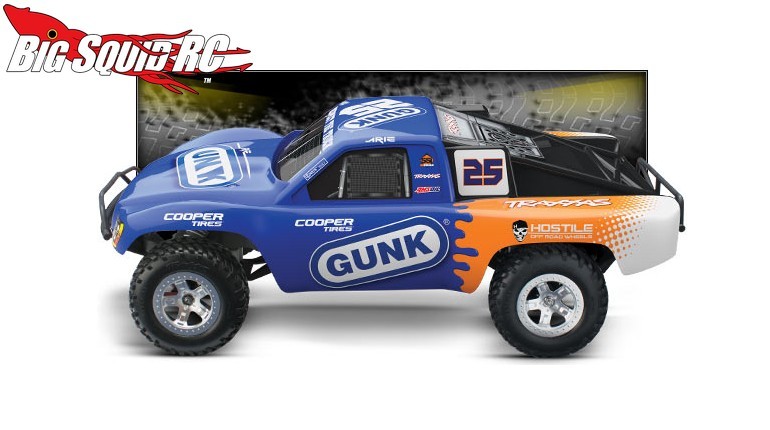 New from Traxxas is the Arie Luyendyk Edition Traxxas Slash. Arie is one of the most popular racers on the circuit and his Gunk sponsored livery makes for a cool looking truck. Under the hood is a standard 2wd brushed Slash that comes with a TQ radio and 7-Cell 3000mAh NiMH battery.

The Luyendyk Slash is street priced at $229, it has a part number of #58034-1, and more details can be found at This Link over on the Traxxas website.