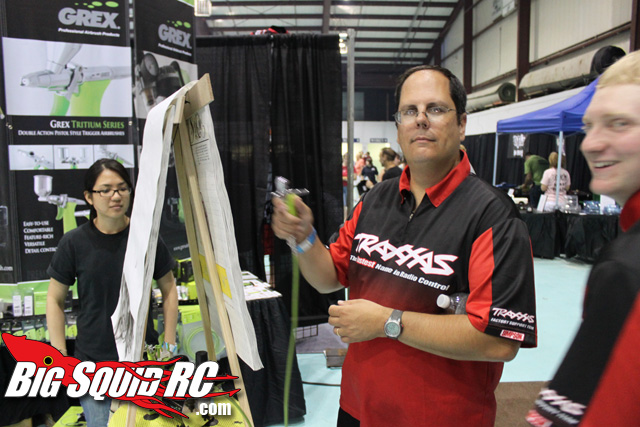 Around the Office – Bash-A-Palooza Recovery Edition

Things are finally starting to get back to normal around here. In case you missed our zillion posts about BASH-A-PALOOZA 2011 you can catch them all with that link! I think most of us were pretty drained after the event as it was a ton of work for a one day event. Wrench (aka Bill) did an awesome job of getting the obstacle course built and ready to be bashed on, with support at the bash from Adam the Intern and Craig the Crazy Ramp Builder! Tim and Evan set some sort of ‘most posts in a day’ record, and I’m pretty sure neither of them wanted to have to hear about or take a photo of any RC news ever again. I can’t forget Mindy who I’m pretty sure handed at least 1 if not 2 flyers to every person that walked into that building. Although I think there were a few guys who kept coming back for more than a flyer.
I can’t thank the team enough for doing a kick a$$ job last week while I ran around like a chicken without a head trying to keep things in order as well as MC the bash. Also, special thanks to all the folks that came out and bashed with us! You guys rocked!

Things should now be getting back to ‘normal’ around here. We have a bunch of stuff lined up for reviews and some shootouts in the works! So stay tuned for that stuff as well.

I also wanted to post up a few left over pictures from the event.. just some miscellaneous shots of stuff and people hanging out.
Enjoy….

There are a bunch more after the break.. hit the read more…