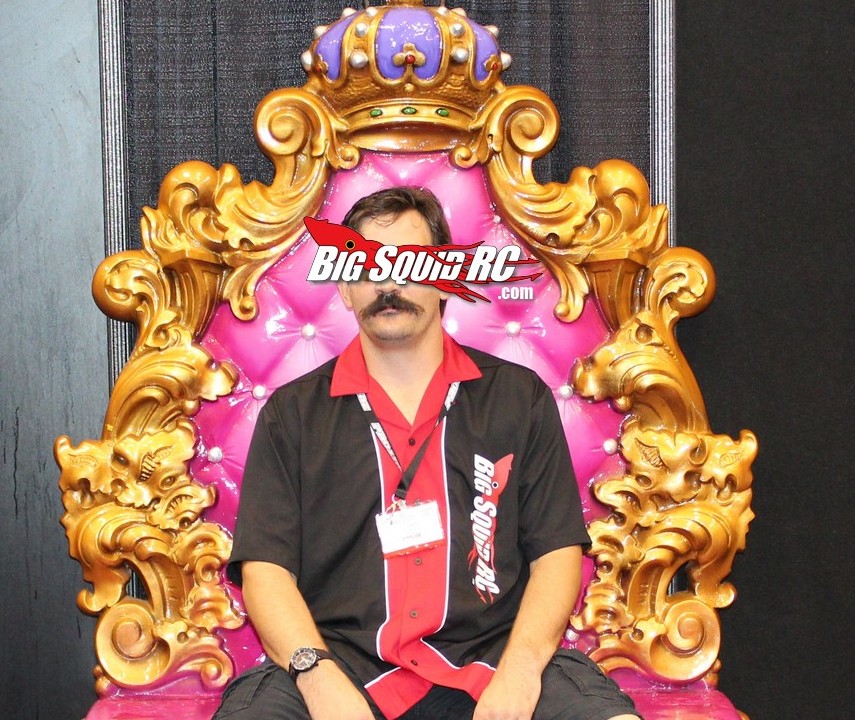 Hello,
I was reading your review on the Pro Track suspension kit for the Slash 2wd. You said that the drawback is you have to use their ( Pro Track ) rims. Why is that? Do yo need extra clearance? Can you replace the a arms and still use other wheels?
Thanks
Michael Y

Cubby– Hey now Mikeee Y, thanks for taking the time to shoot us an email.

I’d say we are getting close to the million mile mark on our Pro-Line Pro-2 SCT about now. It’s been a “go-to” truck for a long time around here. It takes a beating, has superb handling, and life is good while wheeling it. We did manage to taco the chassis a while back, but what it took to do it was so horrific that it can’t be stated on a family website like this one. But seriously, we’ve logged a LOT of hours on ProTrac suspension.

The Pro-Line ProTrac suspension kit uses as long of a-arms as possible to maximize handling. Because of the longer arms, wheels with less off-set have to be used to end up with the correct overall width. You can pop your stock Slash wheels onto a ProTrac truck but the tires will stick out from under the fenders of the body and the suspension geometry will also be “off”. “Off” because the truck would be wider
putting more leverage on the suspension system.

Now… the wheels used on the ProTrac kit aren’t totally crazy or hard to get a hold of. They use a standard hex size and the offset is the same as several other trucks (including the Losi SCTE and Associated SC10 4×4), so most decent hobby shops will have wheels that work already on the shelf. Yes, it’s a downside not being able to run the stock Traxxas wheels, but in the end the better handling makes it more than worth it.

I screwed up Cubby and I hope you can help me. I stepped away from my charger and now my lipo is overcharged. It says 8.6 volts and I’m worried it’s going to blow, any advice would be great.
Charley W.

Cubby– Yo what’s up Charley, thanks for reading BigSquidRC and send me your snail mail so we can get ya out some stickers.

So…. you “stepped away” from your charger, come back, and found that your 2S Lipo battery was overcharged.
Overcharging can be quite dangerous with pretty much any type of cell. It’s good that you caught it when you did.
You’ve now got a 2S pack sitting at 8.6 volts, or 4.3 volts per cell. The “recommended” maximum for a normal “Lipo” pack is 4.2 volts per cell so you need to take some energy out of the pack. You can do that by using the discharge function on your charger or simply by driving it. Pretty easy stuff my friend, but next time you seriously need to make Absolutely Certain your charger is set to Lipo and for the correct cell count. Packs can and WILL go into thermal runaway when overcharged, resulting in the release of toxic fumes and fire. People have burnt down their houses when charging Lipo’s, it’s no joke and you should consider yourself lucky.

One more note for all our readers. I would recommend you take a volt meter and check the voltage of a few packs after you get done charging them. I’ve run across chargers that would overcharge Lipo’s even though they were stated to take them to only 4.2 volts per cell. This can be potentially dangerous, or at the very least it will reduce the cycle lives of your packs. There are some pretty sloppy tolerances in certain brand chargers out there, just because they are supposed to stop at 4.2 doesn’t mean they actually do, check yours to be safe instead of sorry.

That’s it for this week ya bunch of goons, send me your questions, Cubby at BigSquidRC.com. If your email is lucky enough to hit the big time we’ll ship you and envelope loaded with stickers and if I proclaims yours as the most uber letter of the month you win a BSRC t-shirt.