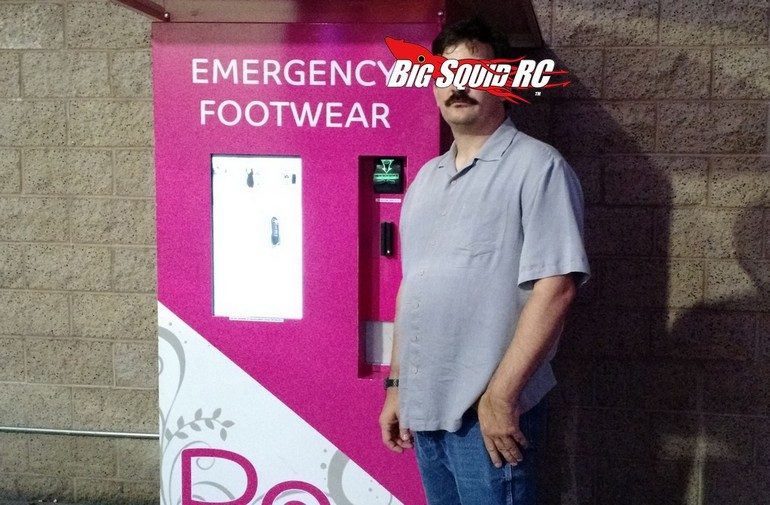 ASK Cubby – Oopss I Did It Again

Hello Cubby, love the Big Squid RC site and check daily for updates! Couple quick questions regarding differentials in 4WD vehicles. I noticed all the ARRMA 6s models like the Kraton and Outcast have 3 diffs. Conversely, the 3s BLX series have just 2 since the center diff is eliminated. Could you explain the pro and cons of a 2 vs 3 diff configuration? Is having a center diff worth the added cost and complexity? Thanks in advance!

Cubby- Well hello there Paulie, thanks for the letter.

Lets see here, a question about differentials. Don’t typically get a lot of those here, so here we go.

For bashing in “the real world”, neither is better or worse, just different. For example, a truck with 2 diffs is much easier to wheelie and to pull backflips with. However, the truck with 2 diffs tends to be harder to control while in the air/jumping. 2 diff trucks typically don’t launch as flat as 3 diff off a jump face, and once airborne, they are much more sensitive to trigger inputs.

A 3 diff truck is harder to pull wheelies and backflips, but is much more forgiving over rough ground, and while jumping. A 3 diff truck isn’t the best for attempting to pull anything either (like a trailer, a truck vs truck pull, etc), while a 2 diff truck can typically pull much more (which is a concern for the modern “scale basher”). 3 diffs help a truck launch smoother and flatter off a jump face, and once in the air, tend to be easier to control via trigger input. 3 diff trucks tend to be easier to turn as well.

Is having a center diff worth the added cost and complexity? Absolutely, if you are looking for “easy to drive” and better handling at speed. A third diff probably isn’t worth it to you if all you do is wheelies, do serious mudding, drive mostly in sand, or only do climbing/trail-driving.

As you probably already know, manually locking the center diff (or front, or rear) on most trucks is fairly inexpensive and easy to do. Also, on some trucks you can even remotely lock the diffs while on the fly. So there’s that. At the end of the day, I am the type of driver that likes 3 diffs, mostly because the majority of my driving is at higher speeds on prepared tracks. They simply handle a ton better for that type of driving. However, I have a spare pre-built center diff that is locked that I pop in for serious bash days, pulling wheelies, pulling backflips off ramps, making speeds run, when I hit the mud pit, etc.

When is the Cen Annihilator coming out? I saw the teaser, I want one now.

Cubby- Ya know Todd, I was just thinking about that the other day. CEN Racing teased the HL150 Annihilator Monster Truck back in January (along with a couple of other trucks) but I haven’t heard much about it since. While CEN isn’t a huge name in rc right now, they used to be quite big, and their Annihilator looks absolutely incredible for the scale/solid axle monster truck guys.

So what’s the scoop. If you really want to see/hold/touch one, you can actually do that THIS weekend at the Solid Showdown 2019 in Chestfield, Virginia. The CEN crew will be there showing off all their new trucks for a rabid scale monster trucking crowd.

So, to buy one, CEN is now saying that you should be able to cut the check about a month from now. I would bet that their entire first order is going to be gone the first day, so you will probably want to “get on a list somewhere” if you want one off the first batch.

Have a dumb question? Need a dumber answer? Have a fervent rant that has been manifesting itself into a churning pit of burning fire that you just have to get off your chest? Email me- thecubreportrc at gmail dot com.