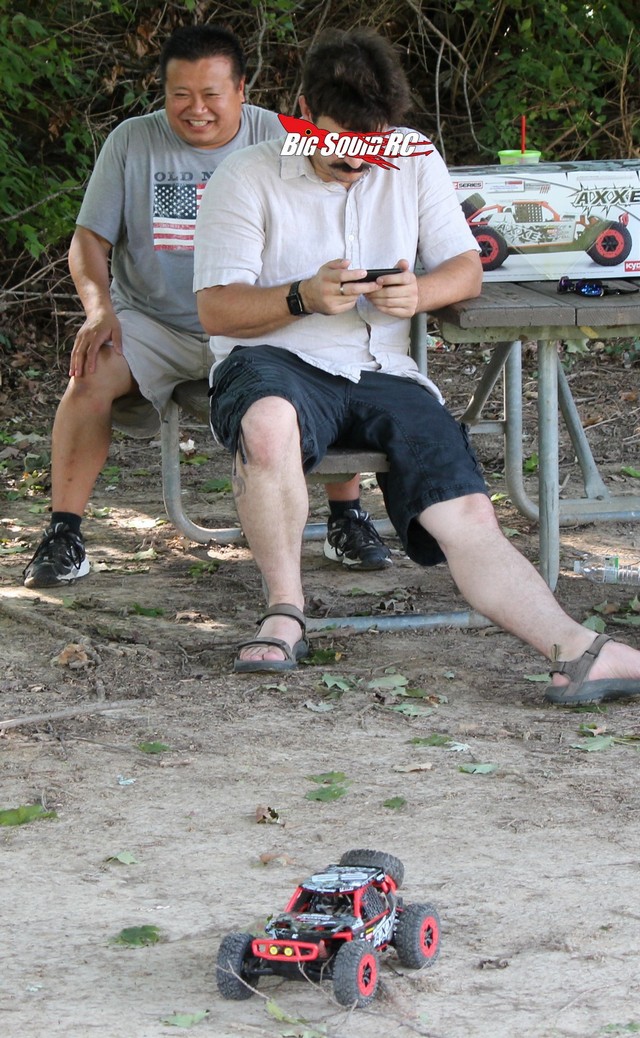 Hello Mr. Cubby, I have a question:

As I watch Stadium Super Truck races online, I think-wow, that would make for a great RC platform. They race, they jump, they bash, they go fast and they look scale. But when I look for an RC SST, I don’t see IFS/solid rear axle. I see stadium trucks with independent suspension all around; am I missing something? Do you think a Traxxas UDR or Losi SBR or other would sell well as an SST? Wouldn’t it sell to the bashers & scalers & some racers?

Cubby- Well howdy there Mr Lost In SST Videos, thanks for writing in.

The Stadium Super Truck series is pretty freak’n gnarly. I’ve watched them race over a dozen times in person, and still DVR the current races. They’ve had some pretty insane tracks, with super intense racing, so it really is fun to watch in person, or on TV.

So, what are your options for a scale looking SST style truck? You’ve already mentioned them with the Traxxas UDR and the Losi SBR. However, those two options are quite scale looking, but they don’t have the exact look of a real SST truck. IF Traxxas, Losi, or another manufacturer were to put out a fully licensed SST truck, like a bright orange, fully licensed Robby Gordon truck, or a fully licensed Sheldon Creed SST, I think they would go over extremely well. Several manufacturers already have a great chassis for this type of build, they just need the body (or perhaps just livery), the proper licensed wheel/tire combo, and some other scale accents, to finish up the project. But heck yes, SST trucks look cool, and are absolute animals on a race track, and IMO, should be what we are racing at the local and IFMAR levels to put the scale back into rc racing.

Yo, Cubby, happy Tuesday man, long time no talk. Your most recent report reminds me of a lyric that I think is in one of Macklemore’s songs. It goes something like,

no matter what you believe in, we all came from the same God.

Doesn’t matter who or what that is. If it was the big bang, Allah, Jesus, etc. we all came from whatever it is that you happen to believe. So that either makes your beliefs wrong or makes us all the same. People don’t like to think that they are wrong. We all just need to realize we are the same like you said.

Fwiw, I stopped the buck also with racism. I think the older generations from that time all kinda are and it’s sad to see it passed on.

Cubby- Ya Chad, long time, no talk, but glad to hear from ya again.

I gotta give some pretty huge props to Brian Smolik right now. He owns the place here, and he has pretty much let me say whatever was on my mind over all these years. And btw, that could NOT have been easy for him. Whether it be from an rc industry standpoint, where some company will put their legal hounds all over us over something I wrote, or whether it be from a perspective of me talking about racism, a topic that is highly controversial, Brian has allowed the vast majority of what I’ve written to go live.

BTW, comedian Joey “Coco” Diaz also had a great quote about racism that is quite similar to what you put in your email, “We all came out of the same factory.”.

With that said, I received a LOT of email from that particular Cub Report. The vast majority of it was positive, with just a couple of “Go F’ Yourself qu&&r!!” emails mixed in. Racism is quite the hot topic, but I think finally, after all these years, people are truly coming around. People were lied to, told that others were lesser than themselves because of a skin color, by people that they trusted. Only now do I feel that many people are becoming aware that racism is simply not right, and never has been.

Have some sort of rc question? Need the answer from a totally unrelated question? Have some massive rant that you just have to get off your chest? Email me- thecubreportrc at gmail dot com.