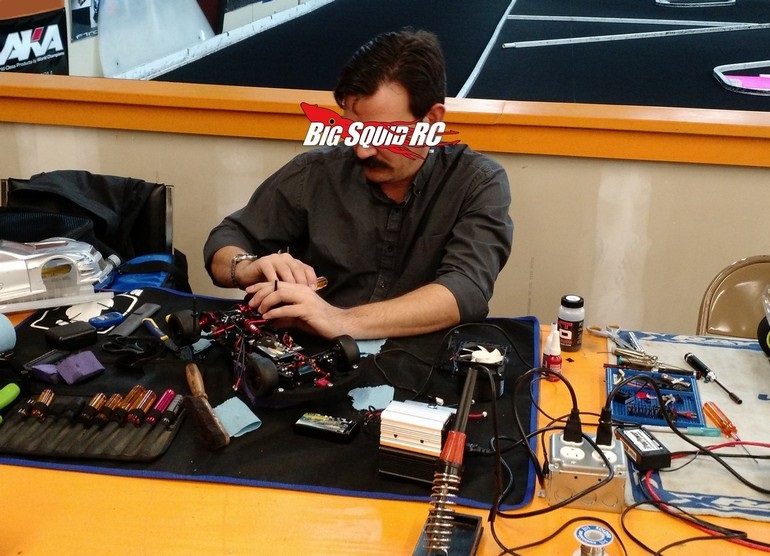 Hey I read your site pretty religiously and for the past few years it seems that you continue to talk about how times are slow in the hobby. I just don’t understand why. The hobby has as you have said in the past a lot going for it. Yeah video games are a thing i get that. I have a few other hobbies, my main being reef tanks and that hobby is booming. The economy is good, the cars are faster and more durable than before. What is missing?

I honestly think its marketing to people not in the hobby. If I had an rc company I would have making content every day and pay for people to views. I would be at every single event with cars for people to try out. New products are cool but if the hobby isn’t growing then it is gonna die.

Cubby- Yoooooo MTV raps Brooks, and thanks for the email. Like always, your snail mail will net you one of our ridiculously uber sticker packs.

I am not a consumer, thus it is hard for me to see things from your side. However, I know there used to be 10+ hobby shops within a half hour drive for me, now there are 2. I used to have a half dozen tracks in a half hour drive, now there is one. Multiple “big names” have gone out of business, with very few new names to replace them. That is what I see from the outside. From the inside, it gets MUCH darker. Suicide is more common than it should be, and there are companies taking out huge loans, while bills go unpaid. That is what I see, and it is downright ugly.

Remember the great American dream? The dream of kick’n butt at work so that you have tonsssss of free time? So much free time that you have to have a hobby just to keep your mind busy? That was the dream, but somehow now days, it is completely the opposite for most people in America. 40-60 hours a week is the norm, and after all the bills get paid, there simply isn’t another $400 left for a new RTR.

Now, as you’ve said, our hobby has so many upsides! It truly is a great “hobby”. It is SAFE! It is relatively inexpensive, plus it is great for teaching anyone about cars, both small and large. And because our hobby is such a good leisure activity, at least we have something great to market to the masses.

You talk about marketing to the masses, and Traxxas has done a great job of doing that. However, I’m not sure if you know exactly how many cubic dollars that takes. Where as an ad on BigSquidRC might cost you a grand a month, showing up to a monster truck event, a motocross event, and a NASCAR event every weekend, can leave quite a dent on the checkbook. To truly cross market, you are looking at easily 7 digits a year. Now, that 7 digits will net you crazy amounts of sales, but very few companies have enough zeros left in the checking account to pull that off. Still, all the Traxxas cross marketing has not only helped to put them on top of the heap, but it has also helped other brands. Cross marketing has gotten new faces into hobby shops, with most of them no doubt walking out of their freshly found LHS with a new Traxxas, but I am sure others caught a glimpse of a Losi, AE, Kyosho, etc, that they ended up going home with instead.

Last week I got in numerous calls with some makers and shakers. Things are still rough in the hobby, but like I’ve said for a very long time, we are just another “T-Maxx” from turning this thing around. But we’ll see, even this internet/smart device thing will die at some point. I’ve had more than my fill of my phone going off every 5 seconds, so now days I rarely look at it. I took my life back, and I think a whole lot of other people will do the same thing at some point in the future.

Before I buy a new Kraton, should I go with the 6S or the 4S version? Mostly I drive outside my house on the street, but also like hitting ramps and mudding.

Cubby- So hola there Howey, thanks for writing in. Snail mail for a sticker pack bro…

Hummmmm, so you can’t decide between the 4S ARRMA Kraton, and the 6S. You don’t mention anything about money, so I will assume you are relatively flush, and I’ll take it that you aren’t a first day noob, so here goes…

We finished up our 4S ARRMA Kraton review a few weeks ago. In case you have not read the review, the 4S is solid and a good bang-for-the-buck, but it is nowhere near as extreme as the 6S. The 6S version has more metal parts, plus it has even more intense power right out of the box.

So, as I see it, if you are looking for maximum extreme performance, the 6S Kraton is a no brainer. It is also a no-brainer for more experienced hobbyists. The 4S Kraton is perfect for people looking to stay below the $400 price point, or for new drivers. Both have more than enough power on tap to impress, just like both are tough enough for typical bashing. You won’t go wrong with either, but the 6S version is the one you want if you plan on sending-it every weekend.

As always, shoot me some pics of whatever you end up buying. Preferably with at least 5 feet of air under the tires. 🙂

Have a burning question (you might need a shot for that)? Need a proper answer (don’t see you getting that here)? Have a crazy rant that you just have to get off your chest (might as well leave it in my inbox)? Email me- thecubreportrc at gmail dot com.