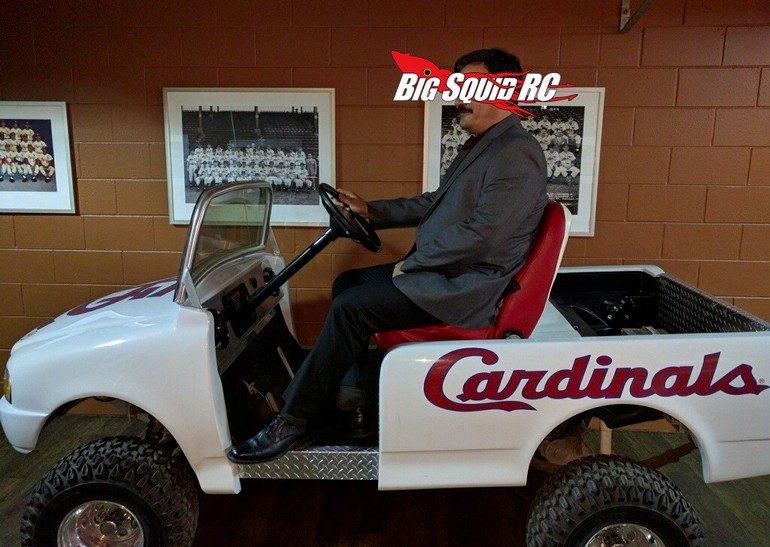 ASK Cubby – Your Questions, My Ranting

After reading your review of the Sweep belted tires, I bought a set. They seem really slow and now my truggy rides rough as hell. Wth man?

Cubby- Well hello there Franky, have you been relaxing? And just how is Hollywood now days? I kid, shoot me your snail mail for a sticker pack.

So, you read our review of a set of Sweep belted tires (we’ve done at least a couple I think), then cut the check because we recommended them. Then, once you put them on your truck, they were different than you expected. I think you make a good point. With that point being that it is hard for us writer types to put into simple print, just how much differently belted tires drive than non-belted. It truly is a radical difference.

I have not gone back and re-read any reviews, but I would guess that somewhere in them we probably mentioned how gearing (read- top speed) is affected when going to belted tires. The Sweep belted tires, at least the ones that I remember, had virtually no expansion, which is completely different than most stock tires that can more than double in size are high speeds. With stock tires, your overall gearing is variable depending upon how far the tires are getting stretched. With belted tires, your gearing remains much more constant (as does the contact patch).

And yes, pretty much regardless of brand or style, most belted tires do feel a bit rougher than non-belted over small or choppy bumps. The wonderful belt that keeps the tires from expanding at speed simply isn’t as pliable as pure rubber when it comes to hitting small bumps.

However, there are easy cures for both your ills Franky Frank. With belted tires now on your truck, you should start experimenting with taller gearing. Slowly start increasing the size of your pinion gear, while you take measurements with a temp gun every minute during the first run. You don’t want to see anything over 160 F at the motor. At some point you’ll find a pinion that gives your truck a lot more top speed, while still having a motor temp below 160. At this point you can enjoy all that power and speed, with a LOT more control thanks to going belted.

Also, about that rough ride, start playing with your shocks. Experiment with different oils, pistons, and springs to soften up the initial stroke on your suspension (dual stage MIP pistons are da’ bomb if they fit your rig). You might surprise yourself with just how dialed-in you can make a belted truck feel with just a bit of experimentation.

When is March Bashness starting this year and who do you think is the top contender? And can I please get a sticker pack?

Cubby- Hola, aloha, and I guess hello there Henry, thanks for writing in.

OK, to get right to your burning questions. Nope, I do not know when our annual March Bashness is going to kick off. It usually starts up later in the month about the time the top 64 tourney gets to going (around March 19-20th). The last couple of years we’ve had separate brackets for “bashers” and “crawlers”, but I think we might really try and mix things up this year. Hehehe…

As far as who I think will win? Man, it is very hard to judge which way consumers are leaning right now. But, I would think trucks like the 8S Kraton would probably be high on the list for bashers. On the other side, I would think a truck like the Capra might be leading the way. However, there are a ton of kick arse trucks on the market (both bashing and crawling), so 2020 should be an incredible year for voting. So while I have virtually no idea who will win, I personally have a lot of fun watching to see who you guys vote for.

And yes, of course on the sticker pack, just send me your snail mail bro.

Have a burning question? Need a crazy answer? Have an insane rant that you just have to get off your chest? Email me- thecubreportrc at gmail dot com.