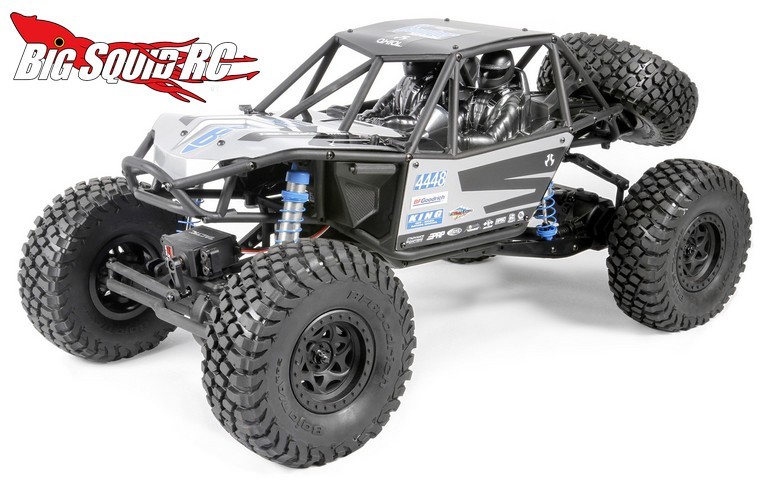 The good folks over at Axial Racing have put out a press release for their latest RR10 Bomber parts and accessories.

The first product in the announcement is the Axial RR10 Bomber Body. This is made from .040″ polycarbonate and comes with decals and overspray protection. The body is priced at $29 and has a part number of #AX31327.

The second item is the RR10’s Interior Set. This is also made from .040 polycarbonate and comes with all the decals you need to make it look cool. Driver figure helmets are not included. The interior set is priced at just $19 and has a part number of #AX31328.

The third item announced are the officially licensed BFGoodrich BAJA T/A KR2 tires. These have a great scale look and work well out on the trail too. The tires come with standard foam and are molded in R35 compound. Pricing on the BFGs is $30 with a part number of #AX31294.

The wheels off the RR10 were also announced. The Method 105 Wheels are also officially licensed and are all black for an aggressive look. Compatible with most 2.2/3.0 SCT tires, they were designed to mount up to any Yeti, Wraith, AX10, or SCX10. Pricing on these is $15 with a part number of #AX31309.

The last product announced was a Heavy Duty Bevel Gear Set. The gear set is spiral cut for durability and comes as a 32T/11T set. Priced at $45 they have a part number of #AX31339.

Hit This Link to catch up on more Axial news on BigSquidRC.