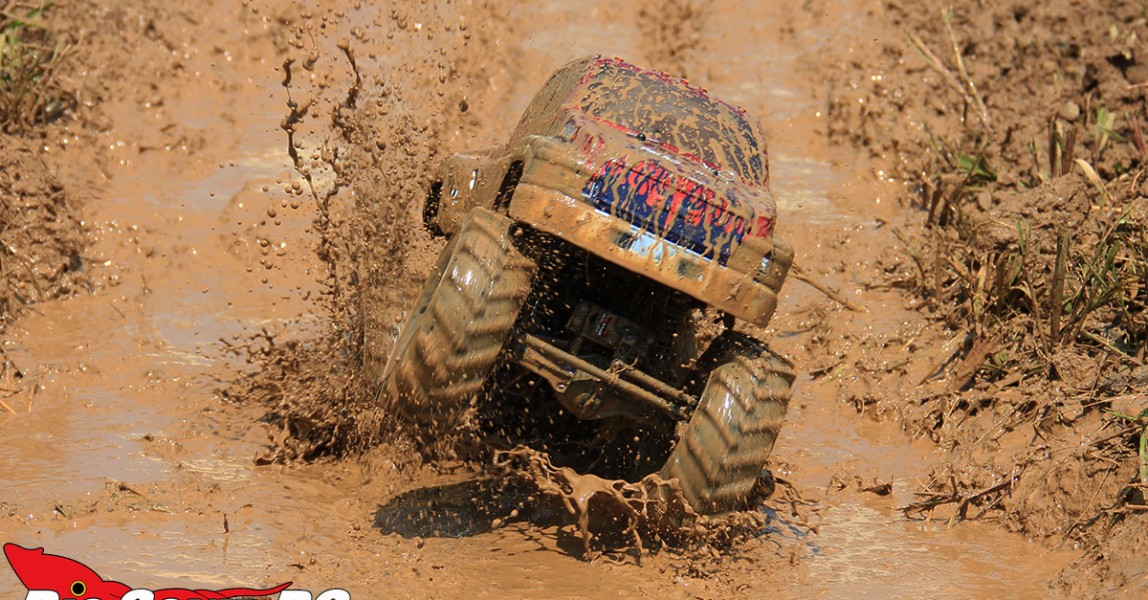 Before we get started, you can click here for Part One if you missed it.

Building the trucks? Easy. Building the mud pit? PITA. This is the numero uno thing I’ve learned about racing r/c mudders. And of course the day we picked to build the track and run these vehicles just so happened to be 95 degrees with high humidity and not a cloud in the sky. Dems da breaks, I guess.

After a bunch of shoveling, watering, reshoveling, watering, and another round of shoveling/watering, the track was good to go. It was finally time to fire them up. Well…almost. The last thing we did was shoot the trucks with Pam and wrap the batteries in ziplock bags. This allowed for easier cleanup and some extra protection against the elements. Finally, time to hit the mud! 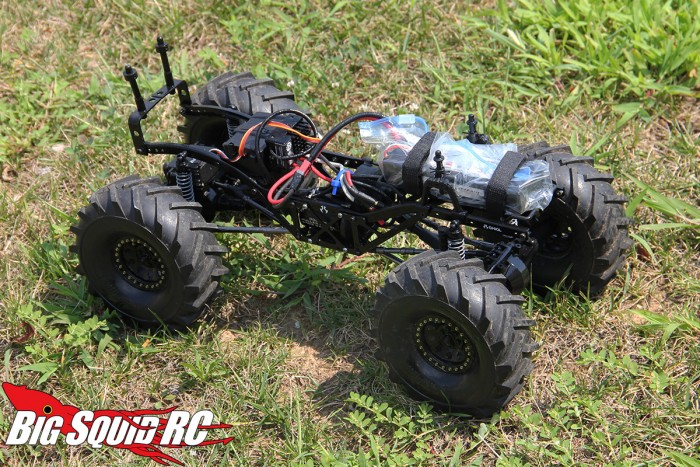 We were really impressed with how the RCBros Burly Mud Truck parts allowed our Axial SCX10s to handle relatively close to stock despite the big lift. You won’t be able to crawl as well with them thanks to a higher center of gravity, but for bashing they are awesome. Keeping the transmission low really helps keep the rig driveable. I’ve driven 2.2 equipped lifted SCX10s and this is VASTLY improved over that.

As I mentioned in the last piece, it’s also a super easy installation. My only suggestion is that if you plan on doing a lot of turning at high speed (i.e. not straight line mud bogging) you will want some kind of sway bar setup.

First up lets talk about Claude’s “Big Orange Honcho”. The Pro-Line Swamper XL’s bit hard and his Traxxas Stinger equipped truck made some great passes. Unfortunately, as the runs mounted we started to smell the vaunted electronics “death smell”. Soon enough, the brushed Stinger went poof. Hey, considering that it was being forced to push a heavy truck on 3S through the muck repeatedly it was no surprise it went kaput…we just wanted to see how long it would last versus IF it would last. ‘Twas a noble death, good Stinger.

Next up was my truck, the waterproof Holmes Hobbies Puller Pro 3500kv equipped “Government Mule” Top Kick. It was freakin’ insane. The big power combined with the RC4WD Mud Bashers made for a mud bogging cruise missile. The truck could not be stopped. It flew through the pit time and time again, ripping power wheelies on command. We were both blown away at the grunt that the Puller Pro provided. It was like the r/c equivalent of a large inlet turbo diesel.

Great torque and speed is fine, but was it waterproof as advertised? Despite making pass after pass in the hot weather and being completely drenched with mud and water it had no noticeable increase in temperature (stock gearing was used) and zero glitching. This was very impressive. As a final test, when we were done and cleaning up we turned the garden hose on it and it still ran with no problems. Very impressive.

This was a fun project and both of us can’t wait to head back to the mud at our earliest convenience. If you have an SCX10 that you’re looking to do something a bit different with, the Burly Mud Truck kit comes highly recommended. It’s simple, ingenuitive, and works great. If you are looking to add a mega punch of power to your scaler (or basher that uses a 540 size motor), I can’t say enough good things about the Holmes Hobbies Puller Pro 3500 system. The fact it’s legit waterproof is icing on the cake.

As a funny anecdote to wrap this up, the pit was built near my house in a vacant lot. As soon as we cleaned up and put the r/cs away, all the neighborhood kids swarmed it with bikes and ride-on cars, getting completely filthy in the process. My neighbor came up to me and said “Way to go Doug, now look what you’ve started! All they want to do is go through the mud.” I couldn’t be happier.