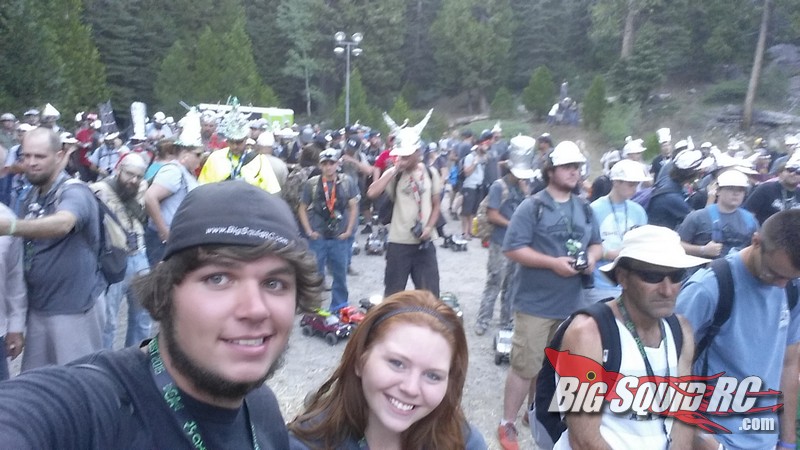 Were you at Axialfest 2015? Did you see Adam and Allyson while you were there? Did they take a picture of your ride? This post is going to have a TON of pics, you have been warned!
Coming from two people that have never been to such an event, we didn’t know what to expect going into Cisco Grove. After a 29 hour drive, endless boredom in the car, and lots of music to make the time pass, we finally arrived at the campground. Upon entering, RC enthusiasts and the highly anticipated Recon G6 crew greeted us. Among the scenic views of California, we were happy to see and experience the family oriented atmosphere surrounding the event. It’s not about the competition of the RC scene; it is about being a part of an event that promotes friendship and adventure (guided by the hands of Axial).

Our weekend long adventure at Axialfest 2015 began during registration, in which members of the Axial crew carefully inspect all of the rigs partaking in the event. With good humor and a careful eye, the inspection crew provided us with helpful tips on how to keep our scale items, such as canine passengers and scale fuel storage under control to ensure complete driver safety. During Check-In the crew members of Axial generously provided each driver with a goody-bag filled with swag items including an “Axialfest 2015” hat, shirts of all sizes, wrist bands, event patches, and much more. To make sure no vehicle went unnoticed during the event, each driver and their vehicle were photographed to be featured on Axial’s website.

Our adventure officially started when the Recon G6 night stage began. Due to the large number of drivers, groups were divided to begin their journey on one of six trails. When participating in an Axial Recon G6 there are specific rules that factor into making the experience worthwhile. These rules include 1) HAVE FUN and 2) No “Hand (or foot/kick) of God.” If anyone got stuck or happened to roll over at some point during the course, a fellow G6-er would come to the rescue. The night run went on until 12 o’clock that night, where enthusiastic G6-ers completed a handful of trails. Combined with the activities of our first day at Axialfest and our long ride into California, we called it a night after successfully completing one trail.

Our first priority Saturday morning was to charge our batteries and hit the trails. Little did we know that we would be finishing our last trail at 9 o’clock that night. The adventure was a fun, long, and challenging experience, but at the end of the day we were able to see how well our rigs handled the strain of the Recon G6.

The night ended with a rewards ceremony and raffle. Axial and the sponsors gave away thousands of dollars worth of incredible prizes including some hand-built custom rigs decked out with Vanquish parts, custom made trophies sporting the Axial logo, and much more. Sunday consisted of cleanup and a fun-run for those who hadn’t gotten their fill of the Recon G6 scaling action.

When it comes to customer appreciation, no other well-known corporation in the RC industry can compete with Axial. They truly care and respect their customers and will go to great lengths to show it. We were privileged enough to meet the names behind the brand and can honestly say that they honor and treat their customers like family. A special thank you to all of those who introduced themselves and shared with us their rigs and experiences over the course of the weekend.

We got tons of pictures documenting our Axialfest 2015 adventure and thanks to all of you who contributed to the amazing coverage we received.

Thank you Axial for inviting the Big Squid team to participate in the event! We had a blast meeting the crew and being able to hang out with you guys. The experience was amazing and we hope to see you all again in the future!