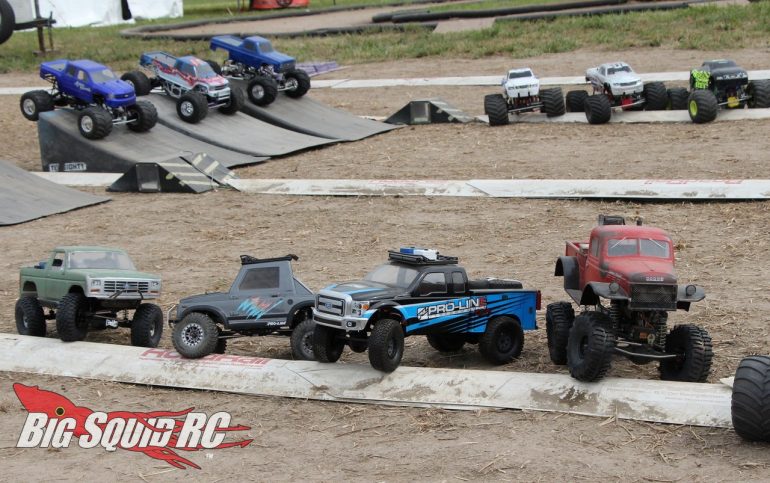 We must give a huge hand to all the folks at Horizon Hobby for making the 2018 edition of RC Fest their biggest and best yet. Horizon put on a bunch of different events to not only get more drivers to attend, but to also give spectators plenty to watch all day long. Here are just some of the events held for the surface crowd at RC Fest this year-

All day long for three days, RC Fest had something for every surface enthusiast to do. For attendees that had yet to buy their first car, Horizon also offered a number of “try me” areas. One of their areas gave show goers a chance to drive an ECX bash machine and there was a “try me” crawling area as well.

At RC Fest spectators were treated to watching some of the top drivers in the world compete at the TLR cup race, or they could wander over to the crawling area to watch some hardcore crawling sponsored by Pitbull Tires. The crawling course was designed and built by the RECON G6’s Brian Parker and it was even more challenging than it looked. Perhaps the area that got some of the most attention was Pro-Line’s scale monster truck racing. Those realistic looking monster trucks did a great job of entertaining spectators all weekend long. Also, Pro-Line’s Parade of Lights was a real spectator favorite on Saturday night!

For those that brought their bash trucks out, they had a great time on a large freestyle bash area. The area had a number of giant ramps, needless to say there was a lot of huge air (and broken parts!) throughout the weekend. The bash area was also used for the Raminator Freestyle Competition where monster trucks went as big as they could for 2 minutes to impress the judges.

The rc tug-o-war did not prove to be as brutal as normal! This year tug-o-war was held on a lower grip surface to save parts, but that really changed the results as a bone stock TRX-4 took the win. Over on the figure 8 track, a lot of people bashed on it over the weekend, but it was also used for demo derby and for the figure 8 trailer race. Demo derby was a mix between normal bash cars and those that were purpose built with metal bodies that could be dented/smashed.

As they say, a picture is worth a thousand words. In this case, we hope the giant gallery below is worth about 50,000 words, because that would be what it would take to describe all the things that went down at RC Fest. Please enjoy the gallery below as it shows off so many smiles, so many new friendships, as well as what we feel is the true spirit of our hobby.