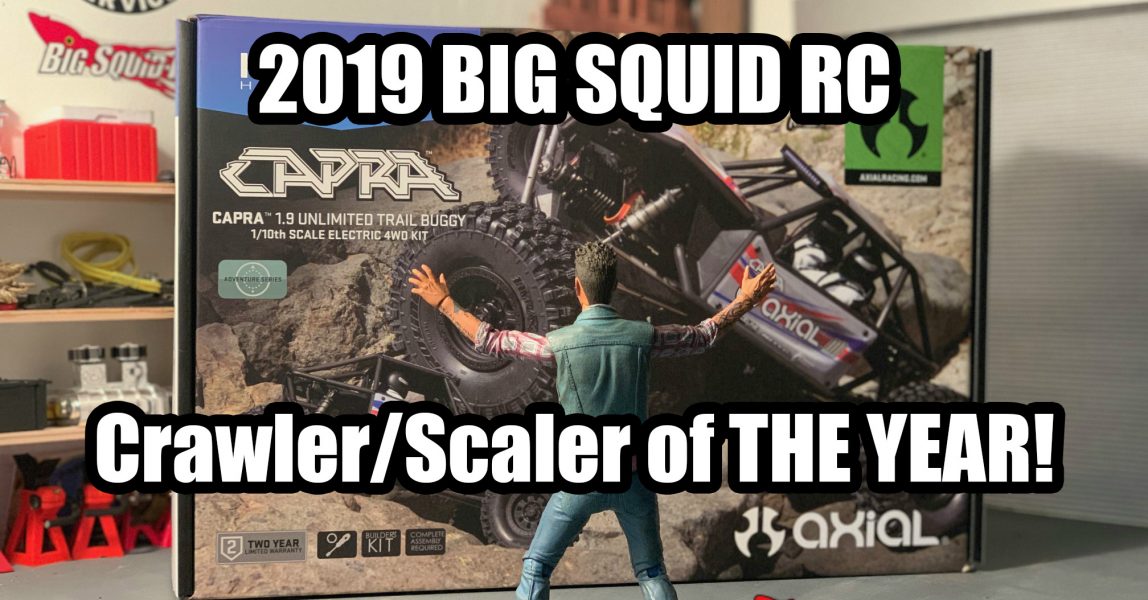 Another year down, and 2019 brought some incredible crawling/scaling vehicles. There were so many releases in 2019, at one point Jeremy (or scale guy) was letting anyone who wanted to work on a scale review take it because he was so swamped. We were basically doing daily unboxings, and it was all scale/crawler stuff. Like all the categories, this one was very close, and there were a few good arguments had over who the winner would be. Before there was any bloodshed, the winner was decided. The 2019 Big Squid RC Crawler/Scaler of the Year goes to the Axial Capra by Horizon Hobby! It had all the stuff the crawler guys have been begging for out of Axial, and they delivered. Check out the Capra here on Horizon’s site.
Congratulations Axial Racing! Hopefully they can deliver some more great stuff in 2020.

The first runner up was a winner for a few folks in the office, but just didn’t get all the votes needed. The Traxxas TRX-6 Mercedes-Benz 64 AMG 6×6 came in a very close second. The durability, looks, and overall ability to eat trail paths for lunch had it towards the top of the list from day one. It was a jaw dropping truck when it was released, and if you own one, you truly love it.