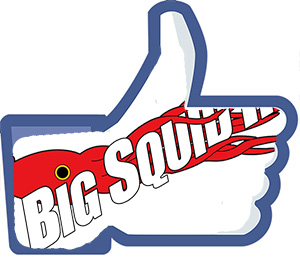 So as you guys might guess, we aren’t big fans of Facebook around here. It’s like a necessary evil. Yea, we have a page, and yea.. everyone has one.. but we jumped off that rat race a long time ago. Do we really want to pay thousands of dollars a month for a bunch of FAKE people in a country that has no idea who we are or what we are about? Nope. We don’t have that sort of money to waste. Even if we did, we wouldn’t do it. Do a lot of companies do that? Yep.. Most. So why do we have a page? We have one because some of our fans want us there. We understand there are a lot of people who ‘live’ up on Facebook, and if that’s your thing, it’s cool. We get it.

So this is a reminder for those folks that do not know, or forgot. We not only have a Facebook page you can check out here at Facebook/BigSquidRC but we also have a Facebook Group Here! We post the daily news to the Facebook page if you happen to live up there, and want to catch the latest and greatest RC news. The Facebook group is cool because everyone interacts up there. We don’t post news there, we just let it run wild. Every once in a while we will post an event, but otherwise it’s all about the fans. People post lots of pictures, RC videos, stuff for sale, cool events, questions, and all sorts of general RC stuff up there.

We also do giveaways there that we do nowhere else. For example, every few hundred new group people or so we give away about 1000 stickers, and that time is coming up VERY soon (cough hint). So if you are on Facebook (and you need stickers), why not head over to those two links and check them out! Feel free to like them. If not, that’s ok, we get that also.