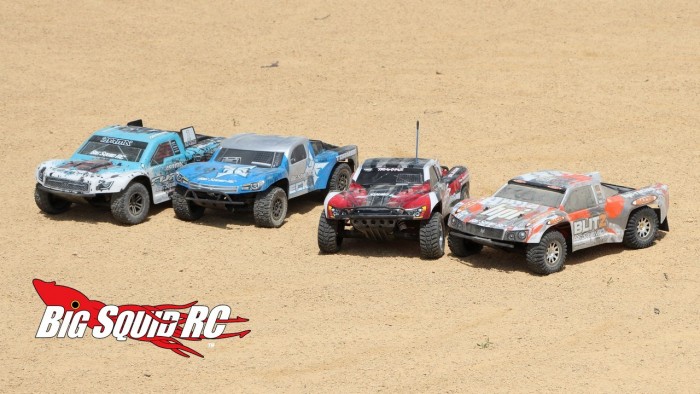 Each truck in our Brushed 2wd Short Course Truck Shootout was a solid contender, each with their numerous upsides, and each with very few downsides. There was no “stinker” in the bunch. With such stiff competition it really took an outstanding performance to win a single category, let alone to win the overall. So without further ado, here are the much anticipated Final Results. Remember, it’s like golf scores. The lower the number the better.

4. Traxxas Slash (34 overall points) – You know when the Slash comes in fourth place that the competition has really upped their game. After all, the Slash is the originator of the class and is a legend in its own right. Heck, without the Slash the short course class would have never taken off, and it was the catalyst for the resurgence in scale realism we see today. However, the Slash is showing its age. Even when it was first released it wasn’t a ‘new” platform, and while the platform it is based on was outstanding in its day, technology has swept it by. Sure, if you buy a new Slash you will have loads of fun, but the others in its class have surpassed it in several categories.

3. HPI Blitz (30 overall points) – The Blitz is another legend in the short course class, but it is also showing some age. There certainly is loads of fun to be had with the Blitz, we have had more than our fair share over the years with it, and we had plenty while doing the shootout. But to run with the newcomers it might be time to give the Blitz a revamp. For scoring the Blitz won two categories and finished second in two, so it still certainly has its upsides, but it also finished fourth in four different categories. That is how it ended up landing third in the overall rankings.

2. ARRMA Fury (24 overall points) – One of the new guns in the class, the Fury showed that it was a great basher, good enough to beat out legends. The Fury won four categories, which tied for the most of any truck in the shootout, and came with a radio that broke all our previous range measurements. Its body has a modern look while its chassis was designed for good overall handling and for taking the day-in-day-out beatings that a typical basher will demand from a new truck. The Fury is a great overall truck, one that would make just about any new owner proud.

1. ECX Torment (19 overall points) – Finally we come to our champion, the ECX Torment. Across all 11 of our categories the Torment scored well, in fact it was the only truck to not finish last in any single part. It also tied for the most category wins with four, giving it the lowest score of the group to take the win. The Torment is not only one of the best handling of the bunch, but it was voted the best for jumping, it was the most durable, and it was the most affordable. To boil it down, it took an incredibly versatile truck to win this shootout and that is exactly what the Torment is. Run back-to-back with some of the most iconic bashers in the short course world, it proved it could not only hang with them, but beat them. The Torment in the creme of this crop, and the winner of our Brushed 2wd Short Course Truck Shootout. 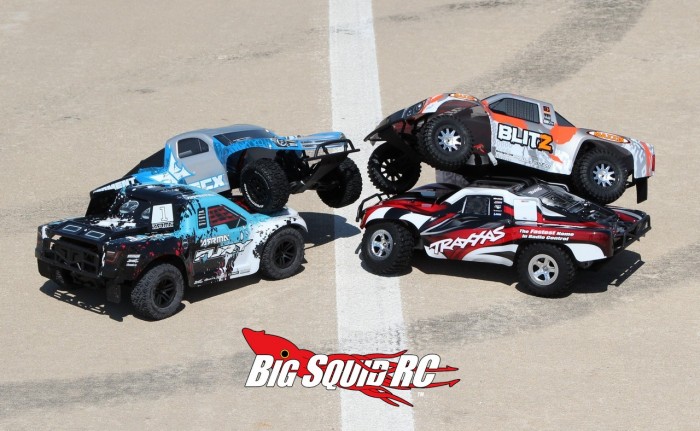 Did you miss something? Need to go back to the beginning? Click here for the Shoot Out Front Page , and go see what you skipped.