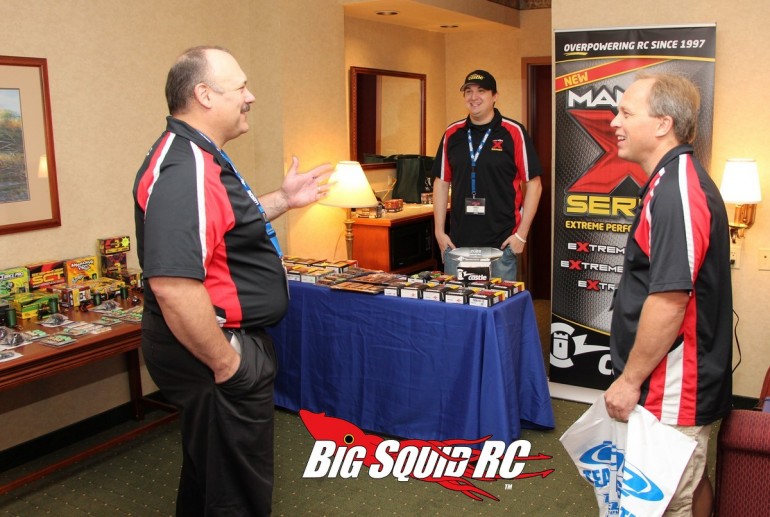 There was certainly some buzz coming out of the Castle Creations room at the HobbyTown USA Convention because of their newly announced X Series speed controllers. Castle had the new X series XL controller and the Micro X on display, both of which you should start seeing in local hobby shops in the near future. Some news and notes from the show include-

* While the 8S version of the XL X should be shipping relatively soon, when asked about the 12S version we were told it could be quite some time before it is released.

* The Monster X was announced a couple of weeks ago but was not on display in the booth. However, we were told about the Monster Mania program where consumers can get a Monster X early and at introductory pricing.

* Castle also had a bunch of their air products on display. From quads to helis to a wide variety of airplanes, Castle certainly has the air guys covered.

As always we had a great time joking around and hanging out with the fun loving Castle crew, if you want more information on all their products hit up This Link for their official website.