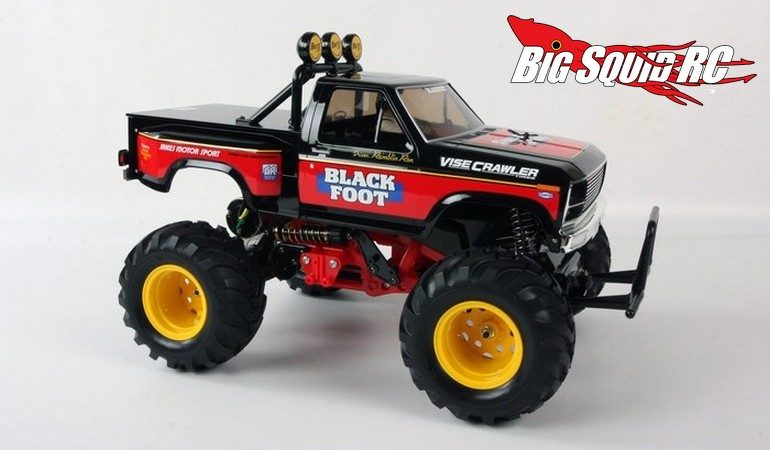 About a month ago we posted a teaser from Tamiya of the 2016 Blackfoot Re-Release. Now full details, along with a slew of pictures, have been released. The 2016 version of the Blackfoot retains much of its heritage but does sport some minor upgrades to bring it up to speed.

The body on the re-release comes from the Blackfoot III and has a new grill that does not have a Ford logo. The chassis is the same one used on the 2015 Monster Beetle re-release which comes with universal driveshafts and protective rubber boots. An ESC (TBLE-02S) is included with the kit that is capable of running brushed or brushless motors.

The new Blackfoot is just like the original in the aspect that it comes as a kit, something that is much appreciated by the vintage crowd. Many of the people into old school rc enjoy the build just as much as driving the finished product. To complete the Blackfoot you will need to supply a radio system with steering servo, a 6 cell Ni-MH battery pack, a battery charger, paint, and tools for the build.

The 2016 Blackfoot is slated for an August release date with street pricing of $175 and a part number of #58633. To get even more details follow This Link over to Tamiya USA’s official website.