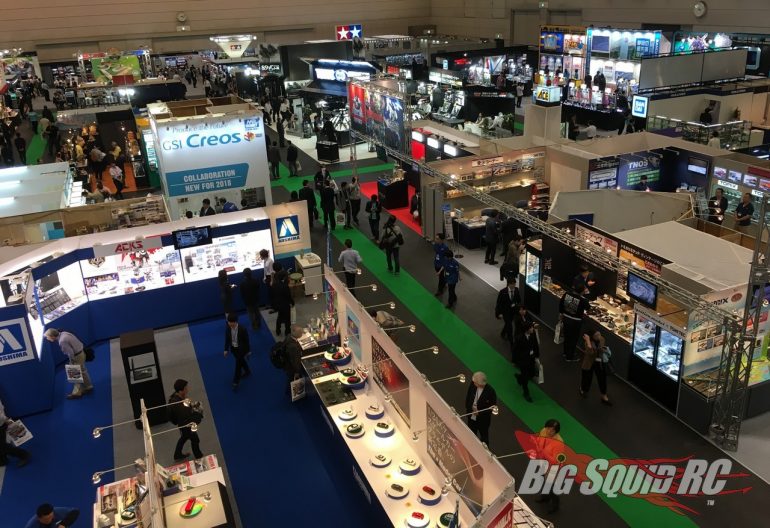 Last week the world famous Shizuoka Hobby Show took place in Asia. As several of the makers of our favorite bash cars and trucks are from that part of the world, it is cool to have an inside look at what they had on display. The show is held in Shizuoka City, which is known as “the model capital of the world”, and brought in thousands of show goers from around the world.

This year’s Shizuoka Hobby Show was highlighted by companies like Tamiya, Kyosho, Futaba, KO Propo, and Sanwa. In the past we’ve worked with the crew from Modellismo Hobby Media and they provided us with a bunch of awesome pictures from the 2018 show. Look below to see nearly 100 pictures taken from the show floor that can give you an in-depth look at the latest releases from various companies. If you look closely enough you will see a couple of surprises in the pictures, including what appears to be a FPV scale truck from Kyosho?!

Enjoy the giant photo gallery below and you can Click This Link to read more event coverage on BigSquidRC.