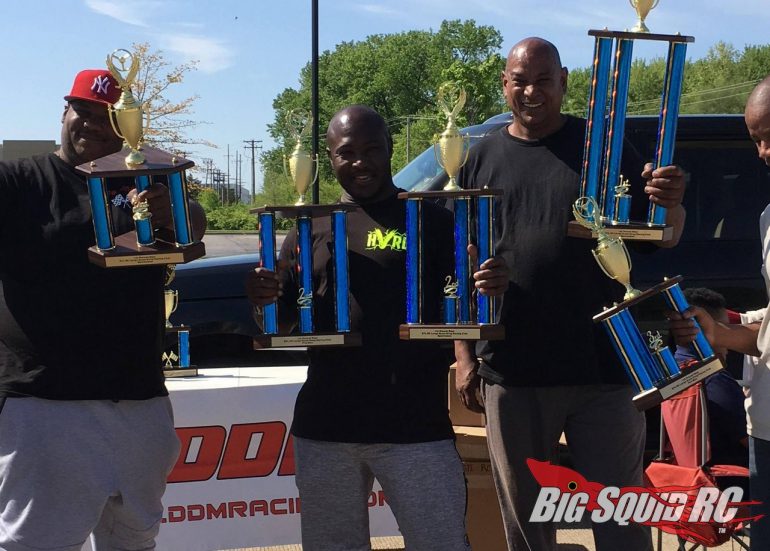 Over the weekend of May 5th, 1/5th scale drag racers from across the country converged on St. Louis, Missouri, for the STL RC Drag Racing Club No Prep 1/5 Baja Drag Racing Championships. Whether it be full sized, or 1/5th scaled, drag racing can be serious business. That’s why dozens of our country’s premier large scale drag racers met up in St. Louis to determine who was truly the fastest.

The St. Louis rc drag racing scene has been quite active for decades. Over the last five years or so, the St. Louis drag scene has been racing highly modified 5th scale HPI Baja buggies. The HPI Baja is an incredibly versatile platform in which to base a drag machine off of, plus there is enormous aftermarket support. The Baja is also large enough to use a real gasoline engine, something that is preferred by high-end rc drag tuners.

This year at the STL RC Drag Racing Championships, there was more tech than ever before. Extremely modified gas engines and fully stretched chassis were the norm. Drag racing groups from both New York and Philadelphia drove in to show off their latest upgrades, as well as to show off how fast they could blast down the track. The BigSquidRC Bash Crew has been attending 1/5th Baja drag racing for several years, but we were blown away by how much faster the cars are today than they were just a few years ago.

The big St. Louis event was just a start for the drag racing season. Local drag racing will continue weekly and there are more big trophy races coming up later this summer. To get more information on 1/5 Baja no-prep drag racing, use this link to make the jump over to the STL Drag Racing Club’s official Facebook page.