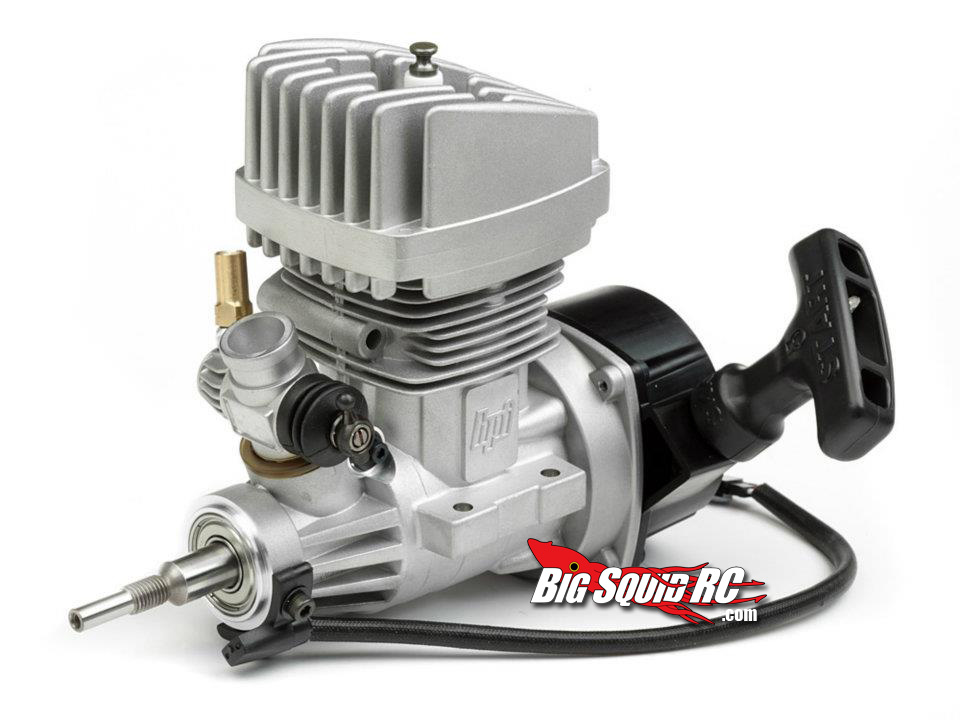 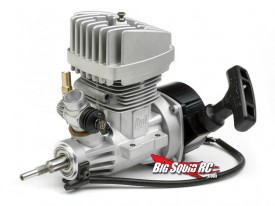 Every so often a product is announced that makes a big impression, big enough that I just can’t keep from opening my big mouth. In the past I’ve done “special reports” on the Traxxas Slash 4×4 and on the Traxxas XO-1, both of which were huge news when announced, huge enough to be put in that exclusive category of potential “game changers”.

I know you haven’t been living under a rock, so you’ve already seen the press releases on HPI’s new engines for 8th scales. For years I’ve been talking about how our hobby will flip back over to fuel dominance at some point, it was just a matter of time and technology. I didn’t think this would happen for at least another couple years, but after HPI’s announcement of their new gas engines at the Nuremberg Toy Fair, it just might happen a whole lot sooner than anyone (outside the HPI guys) would have predicted.

So first off, here’s some info (some of which possibly still rumor?) on the new HPI Gas 1/8th Scale Engines:

1. Much easier starting, much like that of the their gas powered 5th scalers.
2. It uses much cheaper fuel. Instead of nitro that costs $20+ a gallon you can use normal pump gasoline at under $4 a gallon. The gas will have to be mixed with a quality oil to lubricate the engine, but typically the oil is reasonably priced.
3. No more tuning issues- the new HPI gas engines are supposed to be much more tolerant to temperature and humidity changes, and HPI states that on board electronics take care of the tuning for you.
4. Cheaper running costs. Not only is gas cheaper than nitro, but the spark plug used in the new HPI gas engine is supposed to last much longer than a traditional glow plug.
5. Cleaner is always better, and because of a lower oil to fuel mixture their new gas engine should be easier to clean up after a hard days bashing.

To boil it down- the new HPI gas engines are claimed to offer longer run times, the same amount of power (albeit at a larger displacement), less running costs, and no starting/tuning issues. It sounds like they fixed every issue that pisses me off about a normal nitro engine. If true to their claims HPI will officially have not only an Epic seller on their hands, but they will also be single handedly responsible for turning the tide from electric back to gas. But… if the new engines turn out underwhelming (underpowered, finicky, or other issues), the initial hot sales might turn into a Pyrrhic victory for HPI. Rc’ers have good memories and once their trust is lost it will take a long time to get it back (read- you can torque people off for life when making such big promises and not backing them up).

There is a defining moment in every company’s history. With Traxxas it was the T-Maxx, with Trinity it was their meltdown on brushless motors, and if HPI has indeed done their homework and their eXtreme Gas Engines do what they say they will, they might very well become HPI’s defining moment.

So where’s mine? If they can turn this 100% electric guy (and known nitro/gas hater) into a fanboy then HPI had better start looking for bigger banks to put all their money in. We will know real soon whether HPI is about to change the face of rc or simply tick off a bunchhhh of hobbyists. 🙂

Comments are on, knock yourselves out. 🙂