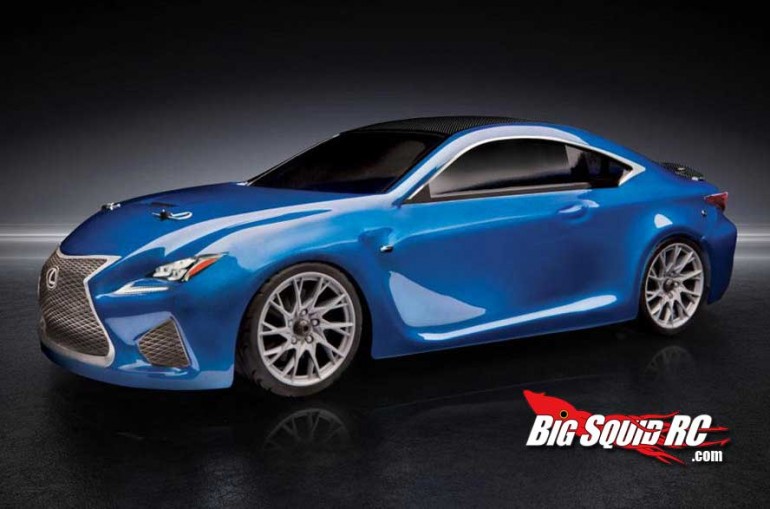 Drift Itch – Lexus, Drift 44, and a whole lot of eyeballs.

I guess I can go ahead and put my foot in my mouth. I can’t count how many times I’ve said RC Drift is growing and it’s niche and it’s underground. You could really get away with saying that, until a YouTuber called Drift 44 and automotive manufacturer Lexus put it in front of the eyes of millions of viewers during the Super Bowl this year. Now many could argue that this year’s Super Bowl ads were an all-time low in the history of epic commercials, Nationwide, I’m looking at you. Seriously? But the Lexus commercial probably caught the attention of every single RC Drift fan in this nation and probably a few others. Most of us in the know have watched Drift 44 and his amazing parking skills on YouTube before. His stuff really is incredible to watch as he exercises flawless car control and places it with pinpoint precision over and over and over. I have to wonder how many takes are involved to nail that perfect shot. No matter how you slice it Arai Yutaka’s driving has captured the attention of nearly 50,000 YouTube subscribers, and apparently one very large automaker.

Now I have been amazed in recent years about how far RC has come by seeing Traxxas ads during World Supercross, seeing their name on the side of a NASCAR and even seeing them sponsor the TORC racing series, but to me nothing tops what just happened here. It takes some serious money to occupy Super Bowl airtime. I personally question how many cars this will sell for Lexus. The connection between the car model being called the “RC 350 F” and a 1/10th scale “RC” car is a bit of a stretch, but according to the Lexus twitter feed I think it will sell a lot of RC drift cars. In the midst of all this surely some lucky RC company has positioned themselves to cash in on it right? To my amazement it looks like they have partnered with Team Associated of all companies to produce the RC model that stars in the commercial. Now don’t get me wrong, Associated is near and dear to my heart, but they aren’t exactly the first name you think of when it comes to RC drift. Regardless, Team Associated has taken the spotlight by releasing the Apex Lexus RC F Ready to Run with a fully licensed Lexus RC F body and 20 spoke wheels. And speaking of those wheels they are wrapped in grippy rubber tires, not the hard drift tires shown in the commercial. That might raise some eyebrows when little Johnny pulls that car out of the box expecting to be able to drift like Mr. Yutaka. But then again I think we all wish that we could drift like Mr. Yutaka.

So what does this mean to RC drifting in general, or the RC industry as a whole? Time will tell, at the very least I hope it drags RC drifting into the center stage as a major segment instead of lingering in the wings. I’d like to see companies like Associated fully get on board with it and put some development work into a purpose built drift chassis with countersteer options and lots of carbon and billet aluminum. For the hobby I think this continues the upward trend of RC into the general mainstream consciousness. If you remember a while back Subaru featured an RC rally car in one of their car ads that made the rounds on the internet, but this endeavor demonstrates a continued interest to work with the industry in bigger and better ways. That’s exciting news for this RC nerd; I can’t wait to see what happens next.

That’s it for now gang. Keep it sideways,

To check out the Lexus RC F from Team Associated Click Here.