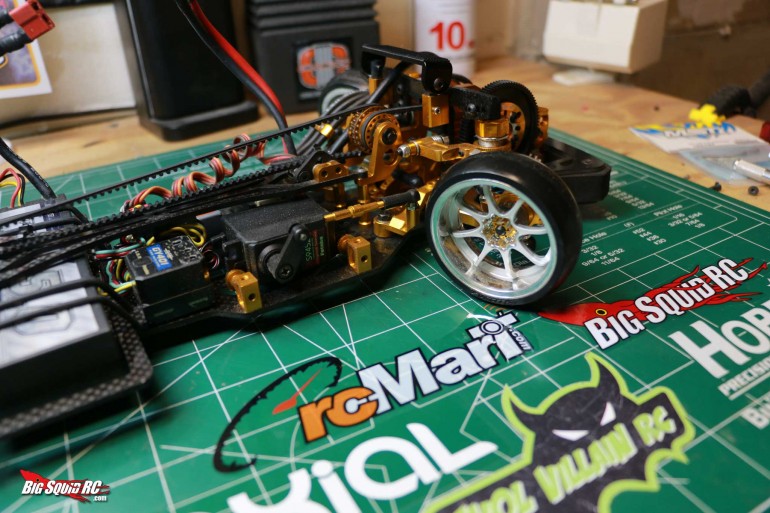 Drift Itch – RWD drifting – Is it here to stay?

Is RWD drifting here to stay? If the industry is any indication it is. It seems like every RC Drift company either already has one (a rear wheel drive) or is currently working on one. The idea of it is fantastic and watching videos of them in action is very compelling, but in practice it can be very difficult. So much so that many give up on it as a lost cause. Setting up a RWD drift car takes a lot of practice, patience and skill. That being said i’m not afraid to admit that I lack that skill. I’ve been fighting setup with my Eagle R31 RWD for about a year now and I’ve still yet to find a rhythm with it.

In my neck of the woods CS still reigns supreme, almost the entire local club are running countersteer and RWD is barely existent. However on the other side of the state the Saint Louis Sliderz are totally consumed with RWD. On their Facebook page there is a constant flow of obscure (and expensive) imported RWD drift chassis on display. Often sporting wild suspension setups and crazy amounts of steering angle. I can tell you from my observations that RWD is a tinkerers game. These pilots are always looking for ways to improve traction and get more weight transfer. You’ll see things like active servo controlled camber and crazy cantilever rigs that actuate the suspension in the quest for the perfect balance. It is truly the wild west right now when it comes to RWD.

So is it wise for our part of the industry to invest in such a hard to master and niche segment? I suppose it’s always a gamble no matter what. I bet a lot of companies wish they had beat Traxxas to market with the first short course truck, but it’s hard to compare the wide appeal of a basher truck to an extremely small segment of what is already a small part of the hobby. No it seems to me that the industry is betting on RWD being the future of RC drift, just maybe not the entire future. A shift I have noticed since the first RWD chassis hit the market is that originally they were all purpose built RWDs. More recently it seems that the focus has been on the ability to go back and forth from 4WD to RWD. This seems to me to be the more sensible approach. Someone who might not be sure if they will like, or even be able to drive a RWD car might feel like it’s a waste of money if things don’t work out. But with the duality of the current setups like the MST RMX-D and the soon to be released Sakura D4 you can always convert the car back to 4WD and go on your merry way. It’s kind of ironic considering the first RWD drift cars were converted from four wheel drives. All of these advances in technology are great, but I still think that the major breakthrough that brings RWD to prominence has not happened yet. Somewhere out there some brilliant designer has the idea that will put the rest of the industry on its ear and make RWD accessible to the casual drifter.

In the present I think the RWD movement is going to do nothing but get bigger. It hasn’t completely penetrated every corner of the segment yet, but I feel like it will eventually. Tire compounds especially for RWD are starting to come out and as things evolve the 2WD cars will become easier and easier to drive. I don’t know that they will ever eclipse the CS chassis which are near and dear to my heart, but possibly CS will become looked at like the CS guys view 50/50 cars; too easy or even boring. I’m sure that some of you out there already feel this way! I myself will probably make the shift when I can as easily attain the speed and fluidity that I can achieve with my MS01D with a 2WD car. Until that day it’s going to be CS for this drift enthusiast.

Thanks for stopping by to check out the Drift Itch on Big Squid RC, and until next time keep it sideways.