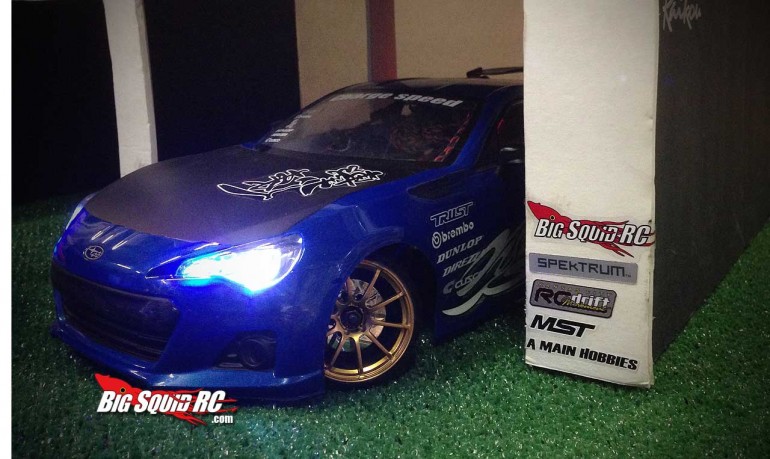 Drift Itch – The Evolution of the RC drift chassis

OK kids gather round cuz it’s story time. Back in the early days when RC drift was in its infancy, guys were cutting down ABS pipe and using them for tires on converted touring car chassis to get their slide on. I myself started on a RC10 TC3. Man it was a great car, super tough and with a front one-way installed it was super fun to drive. But like all good runs they must come to an end and drift cars began to evolve. Manufacturers started to get onboard and design purpose built drifters. Chassis began to divide into 2 and later 3 types of setups. Sound kind of crazy? So read on and become wise in ways of the RC drift car evolution.

The first and oldest type were the 50/50 cars. Power divided 50% to the front and 50% to the rear hence the name. This is still the recommended setup for beginners because the car is docile and forgiving. Driving characteristics are long effortless drifts but very prone to understeer (push). These cars can be shaft or belt driven and are the least expensive options for getting into the hobby. Most Ready to Run (RTR) fall into this category such as the HPI Sprint or the Tamiya TT01D commonly seen on hobby store shelves.

From the belt drive side of things 50/50 guys discovered that you could vary the drive ratio front to rear of the car by changing out to different size pulleys. In this setup the rear wheels spin much faster than the front effectively making the car more unstable, but much more agile in tight hairpin turns or on small tight tracks. This was the birth of Counter Steer or “CS” as it’s commonly known. How the heck the actual term for turning into a drift equates to an overdriven rear axle escapes me, but terminology on the interwebz seldom makes sense. This effect can also be achieved with a shaft drive car, but it is much more difficult and more labor intensive to make changes. Most popular CS cars are belt drive because of the relative ease of switching out pulleys and belts to suit the surface or track.

And finally the holy grail of drift realism, the Rear Wheel Drive (RWD). I’ve heard legend of the RC drift driver who can tame this beast with purely reflex and skill alone, but most of us mere mortals require some electronic assistance to drive a car that is so rear end biased. Without the use of a gyro (or D-box as they are often referred to) on the steering servo this would be purely an exercise in frustration for most drivers. When properly setup one of these going around the track can be difficult to tell from high ratio CS cars. The lack of front drive train can make for 80 plus degrees of steering angle allowing you to literally drive the car sideways. A RWD drifter at full steering lock with rear wheels spinning can produce some of the most beautiful slides I’ve ever seen. This setup however should be reserved for the experienced drift pilot only as tire choice and weight bias have exaggerated effect on the handling and can lead to drivers giving up on it all together if they are not up to the task. I recommend this for a 2nd or 3rd drift car, or at least until you have mastered the basics of driving counter steer.

Shaft drive cars are more common in this setup, but there are still plenty of popular belt driven RWD options. This being the newest evolution of RC drifting there aren’t many pre built RWD cars on the market yet but it is a very popular mod to do to existing chassis. Drift car manufacturer Max Speed Technology (MST) in fact puts out some of their cars in both 4WD and RWD versions to allow you to convert back in forth if you need to.
It remains to be seen if RWD has any staying power in the scene, but for now it’s here and it’s pretty cool, not to mention a lot of fun to watch.

So to my wheelie popping, dirt shredding, high flying RC basher friends I appeal to you to head out to YouTube and punch the words “RC Drift” into the search bar to see some of the amazing videos that pop up. Whether it’s for the amazing enigma of finding that perfect setup on a blinged out billet and carbon chassis, or whether you just enjoy the scale realism of the cars running on the permanent drift tracks in Japan, I’m betting you’ll get hooked like I did. And I wouldn’t be a proper pusher if I didn’t link some of my favorite videos below to get you started. That’s it for now gang, don’t forget to check back here at BigSquid regularly for more drift news and commentary.

Until then, keep it sideways