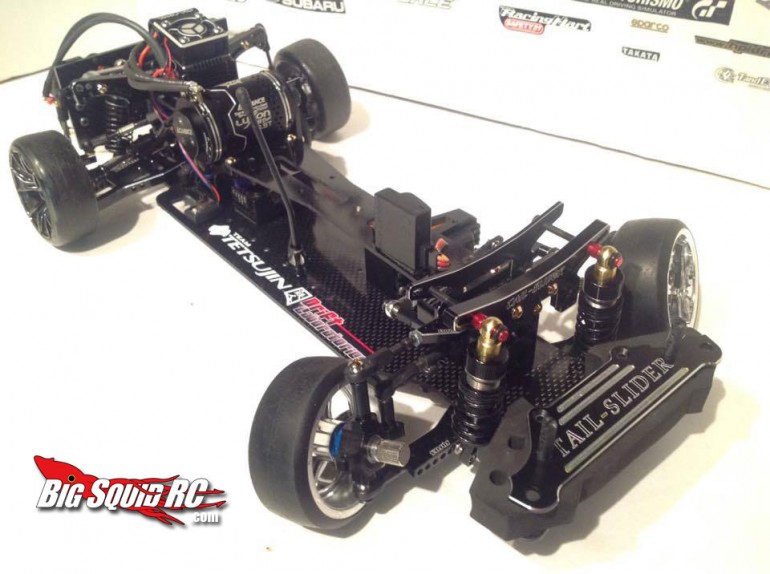 Hey gang welcome to the first full fledged (say that fast 3 times) Drift itch of 2016. Today on the plate is a subject i’ve debated even writing about for some time. My entire goal with this column is to try to attract new players into the RC Drift arena. So in doing I tend to stay out of the weeds on technical stuff and just focus on the things that really get peoples attention. But this topic is a reoccurring theme i’ve seen floating around and I thought it worth commenting on. 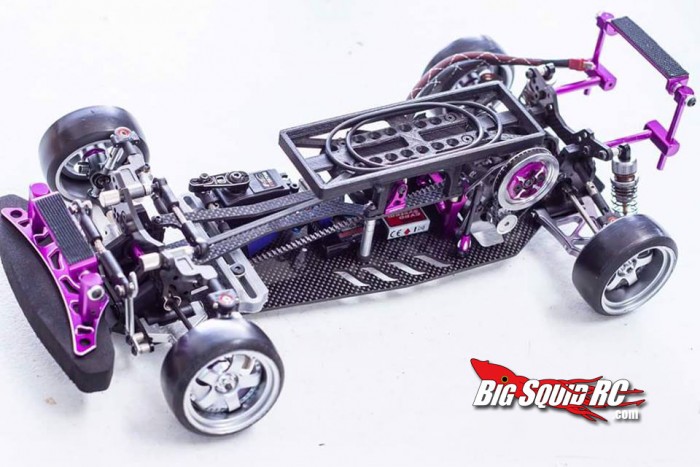 So I have mentioned in the past that I have watched this small movement inside the RC Drift community has started to gain momentum. As most of us struggle to find the perfect setup and then learn to drive it there are a certain section of hobbyist who are never happy with their car. They seem to take as much or more joy out of modifying as they do out of driving. Up until now I have never understood why people would constantly be making changes instead of focusing your energy on driving your setup as well as you can. Then I ran across some videos of the D-like RE-R Hybrid on Youtube and it slapped me in the face like a flying pike at a fish market. It’s always been about scale the whole time. Scale handling that is. I’m all about going after the scale looks of a chassis but it never really occurred to me that you could do more to improve scale appearance of your drifter by making it “drive” more scale. What I’m referring to here is Weight Shift or Weight Transfer. I’m told that these setups also help with traction as the exaggerated body roll helps put the weight where you want it right over the wheels. A grip setup does this for you as the traction associated with a racing tire causes the body to roll and transfer that weight accordingly. With a drift setup where traction is minimal these setups augment that chassis behavior to give the drifter more scale like handling.

Check out the video posted below and you can see this thing in action. In slow motion you can see the weight shift going on as the suspension reacts much like a fullsize car when in a drift.

These handling characteristics can be achieved in a few different ways. There are crazy weight setups with pendulums that swing as the car shifts or captured ball bearings that roll back and forth in a long tube from side to side as the car changes directions. Crazy stuff. The easiest and most common way is to move your center of gravity higher causing what would be excessive body roll. On an RC drifter what this does is actually help the car transfer weight on to the wheels bearing the most load. Common pieces of ballast shifted upwards are the heaviest items on the car such as the motor or battery like the setup pictured below. 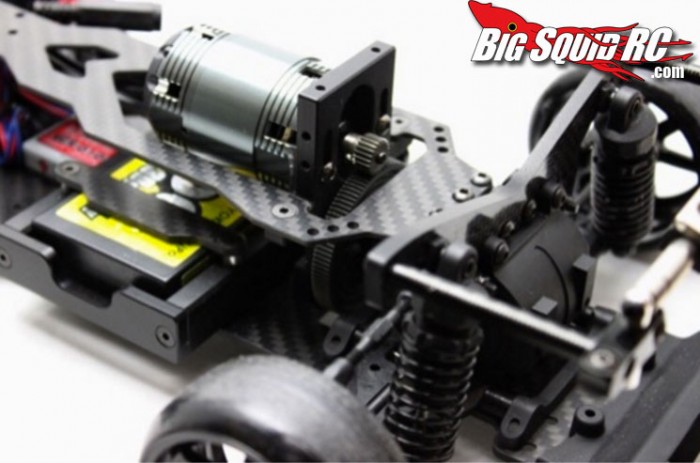 Weight transfer has taken off big time overseas. You are starting to see small manufacturers get on board but the big names are still behind the ball on this one. Will weight shift remain a niche or will it drag the mainstream by the nose the same way the RWD drift movement has? This setup can be found on AWD and RWD cars, but it appears to be much more common on RWD platforms as they are more affected by traction with only 2 wheels under power. As usual RC Drift is the wild west of the industry right now and it’s my guess that the big dogs are gonna stay on the sidelines until the dust settles a little.  3Racing has already demonstrated a willingness to commit to building some fringe drift technology like the Bagi suspension setups teased on the new D4. Will we see an elevated motor mount from them? MST isn’t isn’t afraid to jump in with both feet either. I think it’s only a matter of time untill we see some weight shift kits from them if not at least some conversions. In the meantime its fun to watch the craziness unfold and try and imagine what might be coming next.

Until next time gang

Special thanks to Chris Manceras and Rich Arroyo for shots of their weight shift setups.