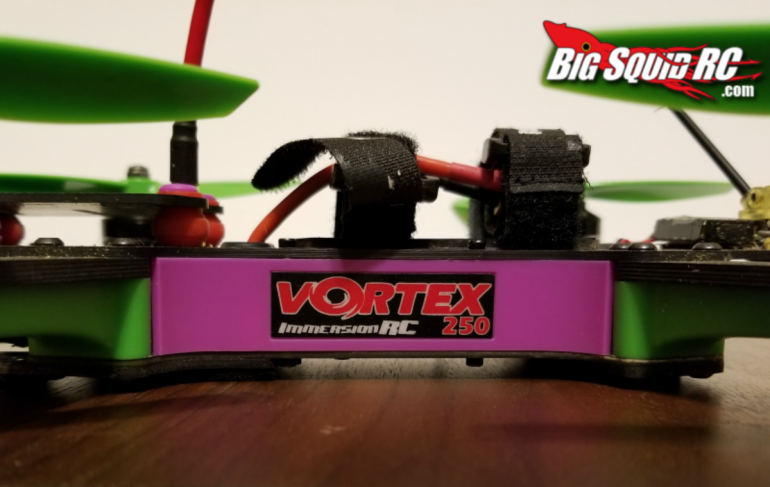 Drone Insight: How I got my Vortex

The second FPV quad that I have ever owned is the Blade Vortex 250 BNF Basic. The Blade version of this quad is no longer made but you can get the same quad without a receiver still. I have yet to review this quad for Big Squid.  I figured I should tell you why. Honestly, the reason is because I don’t really know how it performed when it was brand new. I have never flown a new Vortex. I bought my Vortex from a man who found it out in the woods. There were no identifying marks or numbers anywhere on the quad so I eventually bought it off of him for around $120.

Now before you freak out because of the low price, know that this quad was not in working condition. In-fact it looked like it had been out in the woods for months. All of the motors were filled with mud. All of the flight controller and camera cables were completely dry-rotted and the broke when I touched them. The front bumper plate was cracked in half. The coaxial cable hook up was sheared off, and to top it off, the power distribution board was fried. I could see that the camera and vtx still worked but that was about it. I bought it without knowing if the esc’s or motors were even redeemable.

After I bought the quad, I took out every screw. To my horror, there were spider nests under the flight controller and inside the plastic esc housings. Every single screw on this thing was rusted to the point of discoloring the carbon fiber around them. I ordered in a cable set, bumper set, PDB, screw set, a purple plastic kit for looks, and a new LED board once I realized that the button was broken on the original. I spent a few days tearing the whole quad apart. I cleaned the motors, removed the spider nests, relayed foam tape on the bottom, and attached all of the parts I had ordered. Afterwards the quad was in beautiful condition, I plugged the PDB into CleanFlight and set the quad up to fly. I later switched to BetaFlight, but CleanFlight was easier to work with for a noob.

In the end I was in the quad around $200 which is a stellar deal but I did inherit the risk that the esc’s may not work or may burn up sporadically. I ended up coming out on top in that regard, because after about a year, the quad is still one of my go-to fliers. The lesson here is that, the Vortex is a tank. The other day I crashed it into a metal barn going full speed. The camera strapped to it exploded but nothing broke on the quad besides the props. I highly recommend picking one up if you’re looking for something that’s rock solid. There is now a 150 Vortex and soon there will be a 230 Vortex. I hope to get my hands on one of them so I can shoot you guys a review. Put in a good word for me if you happen to know someone at Immersion RC! If you would like to browse their selection you can go here.