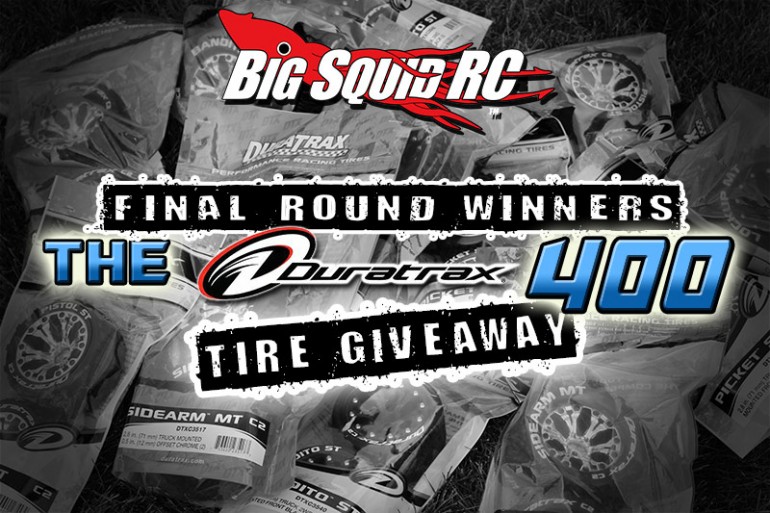 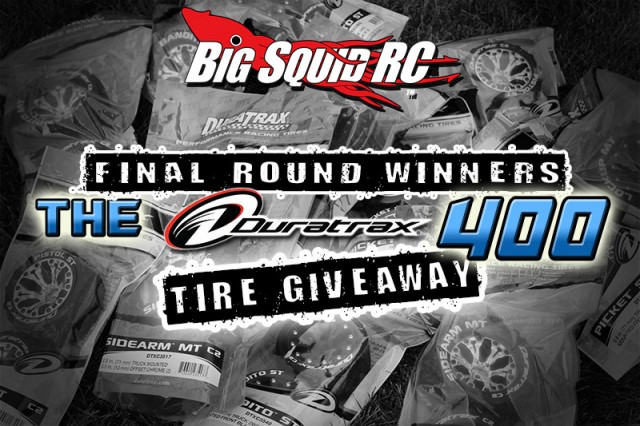 Here they are, the final 25 winners in the Duratrax Tire Giveaway! Congratulations to all the winners! And thank you all for participating in our biggest and most responded to giveaway yet! This last round had over 4500 entries! WOWZA!

Did you miss the contest? You can get the info at the OFFICIAL DURATRAX 400 GIVEAWAY PAGE.

Here is the list of the lucky 25! You will all be contacted via Email in the next few days.

Congratulations! Here are the names, we have emails. 🙂

So those are the final 25 added to the 100 total winners! It’s like we gave away 100 golden tickets! Those 100 people are officially entered into the GRAND PRIZE DRAWING you can read about at that link.

We will announce the GRAND PRIZE WINNER later this evening!