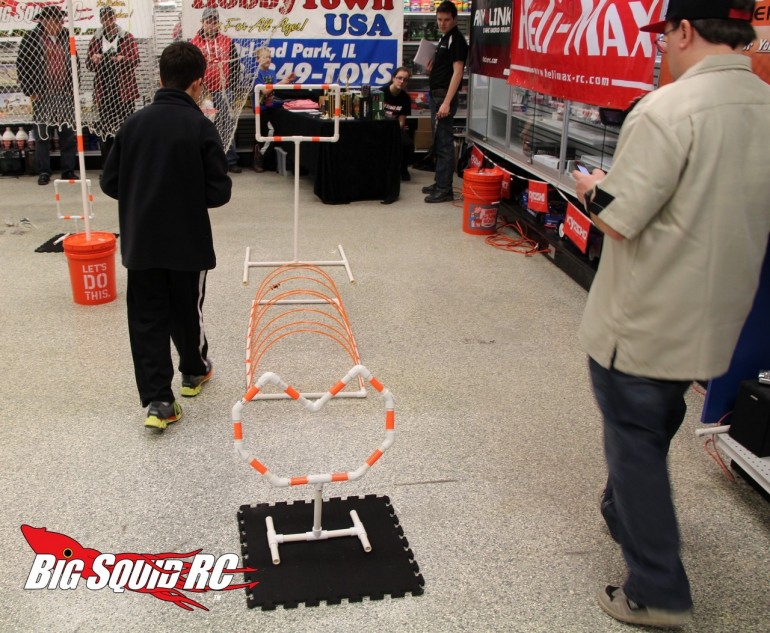 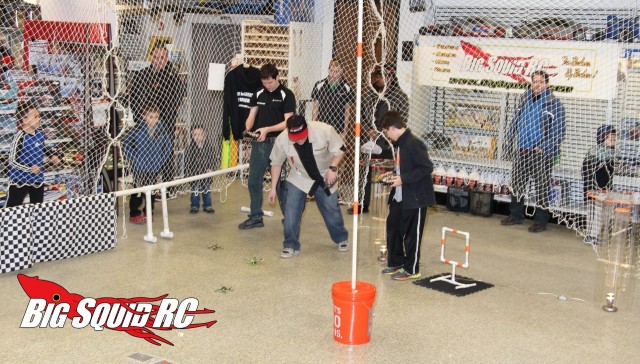 The 2014 BigSquidRC Quadcopter Championships are officially in the books. Hosted by HobbyTown USA Orland Park Illinois last Saturday, it marked one of the first organized quadcopter competitions ever held. The event was made possible by its major sponsors- Ares RC, Blade, and Heli-Max.

Several events were used to determine winners in three different size classes. A tricky obstacle course was set-up to test the precise control a pilot had over his quad, drag racing tested speed and how quickly a pilot could land, and 5 lap pylon races were held to really let the pilots open up the throttle on their quads.

The pylon racing seemed to be everyone’s favorite event as it was a good mix of speed, skill, and competition. Drag racing, which consisted of taking off from the ground and landing on a pedestal about 40 feet away, sounded easy enough, but under the pressure of racing proved to harder than anyone imagined. Many pilots would quickly get to the landing pedestal, only to miss the landing, giving up a bunch of time. The obstacle course was quite challenging with the more skilled pilots navigating the course in about 50 seconds, while it took up to 4 minutes for others.

In true BigSquidRC fashion, the word “Championship” may have been in the title, but the event was extremely laid back and focused more on fun than anything else. A friendly helping hand could always be found and there were smiles all around. The 2014 Quadcopter Championships will not only be remembered for being one of the first of its kind, but also for being an incredibly fun day of flying with some great people.

BigSquidRC would like to thank everyone that participated, as well as Kevin and 3D Bill for all their hard work making the event happen, and Steve from HobbyTown USA for providing the facility. We consider the event a success and are looking at doing another one this summer, as well as a 2015 Quadcopter Championships again next year.

To read more about the 2014 Quadcopter Championships, check out This Link right here on BigSquidRC.