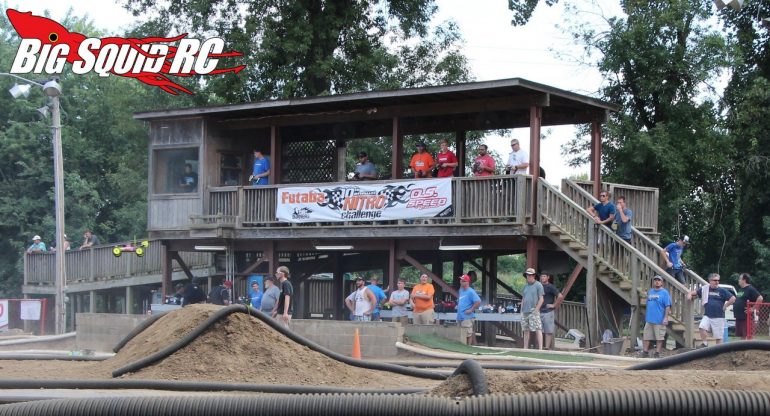 Like most bashers, even the BigSquidRC crew dabbles in racing from time to time. Over the weekend, one of the biggest nitro races in the Midwest took place, the 2016 Futaba Nitro Challenge. The Futaba Nitro Challenge was held at one of the best outdoor tracks in the country, St Louis Dirtburners, and had right around 250 entries. Racers from as far away as Florida and Minnesota drove in to get in some serious 1/8 scale racing and to have fun with the other participants.

This year’s race was extra special as it was the 10th anniversary of the Nitro Challenge. The good folks from Hobbico had a huge booth set up to help celebrate. On display was a bunch of the coolest new products from O.S. Engines, Team Durango, Trakpower, and of course, Futaba.

The event started on Thursday with open practice, then had more practice during the day on Friday with qualifiers starting that evening. Saturday was qualifying all day, while Sunday was used for the mains. At the end of the event, Cole Ogden came out as the big winner by taking both the Pro 1/8 nitro buggy and Pro 1/8 nitro truggy classes. Other top drivers at the event included Josh Wheeler, Michael Paige, Justin Wheeler, and Seth Vandalen.

Overall, the 2016 edition of the Futaba Nitro Challenge was a huge success. The turnout was huge and the racers had a great time on the high-bite, yet technical, St Louis Dirtburners track. The event also showed that nitro 1/8th racing is still alive and well here in the Midwest, we can’t wait to attend the even again next year.