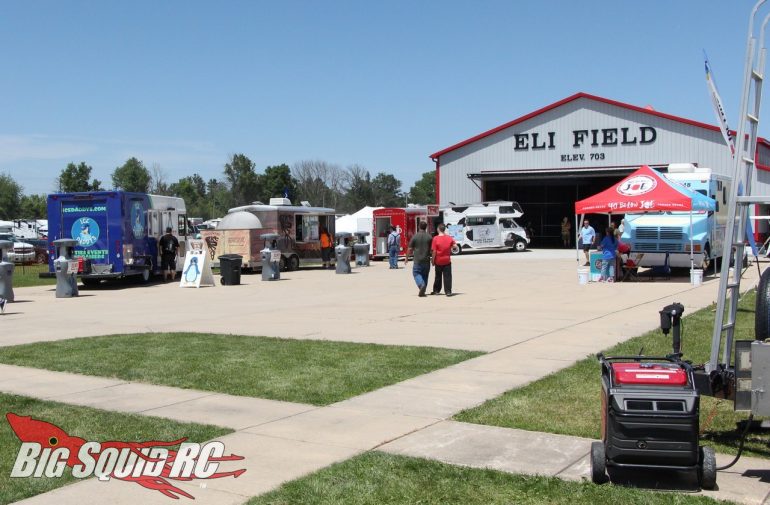 For the past few summers, hobbyists from across the globe have come to Monticello, Illinois for Horizon Hobby’s RC Fest. RC Fest has always been a celebration of the remote control community, and this year for 2019, it was definitely larger and better than ever before.

For the 2019 edition of RC Fest, Horizon Hobby added more hands-on activities, plus another popular activity, camping. Each year RC Fest has grown, not only in size or activities, but also in general attendance. This year’s event looked to have a larger attendance than any of the previous years (with a special caveat for Orlando), and oh boy were there a lot of smiles on all those faces!

RC Fest covers all genres of our hobby. A few years ago, the event was called “Drones On The Horizon” and remote control drones are still an integral part of the event. RC Fest showed off some of the latest in consumer drones and there was also a drone racing event hosted at the venue.

With Eli Field in Monticello, Illinois having an enormous landing strip, you could watch planes flying nearly all day long. The flying did not stop when the sun went down either. As you can see in the galleries below, there was also a “Ring of Fire” and a night fly that featured airplanes covered in LED lighting. From extremely large to tiny, from electric powered to jet engines, there was always something cool flying in the air.

Speaking of the large landing strip, it was also used for the surface rc long jump and speed run competitions. We will be posting coverage of the long jump, speed run, and rc sumo events tomorrow. Other events held for the surface rc crowd included a TLR Cup race, a crawling event featuring the Recon G6’s Brian Parker, scale monster truck races, figure 8 racing, and the list goes on and on. There was also free “open bashing” all day long in a large bashing area that included numerous different types of jumps.

Attendance numbers were up this year and those people got to see loads of new products from various manufacturers. The BigSquidRC Bash Crew thinks that the new ARRMA Infraction and Limitless stole the product spotlight after just being announced a day before the show opened to the public. Other manufacturers like Pro-Line, RC4WD, and Pitbull were also showing off some incredible new products. Scale products were heavily showcased at RC Fest this year, with many of the products being so scale looking that you would be hard pressed to tell the difference from 1:1.

The three day event had many highlights this year. The Joe Ambrose tribute brought many people to tears, but the inspirational words of other Horizonites proved that the future for the company is still incredibly bright. The Saturday night fireworks that have been so talked about were back and gnarlier than ever, as were the many food trucks that offered some great food options. Other highlights included the number of stars in attendance like Monster Jam driver Bari Musawwir, plus the enormous amount of give-away products over the weekend.

Highlights are nice, but the real fun that our Bash Crew had came from spending time with all the different people. It was great to spend time with our friends in the industry, but also fun to meet people that were just beginning their journey into our hobby. The great people at RC Fest were what really made it special, it is rare to see an atmosphere as laid back as RC Fest where you can take your time to really talk, and still have plenty of time for driving or flying.

The entire crew at BigSquidRC would like to thanks the folks from Horizon Hobby for their hospitality and for the fantastic time! How many more days until RC Fest 2020? We can’t wait to go back!