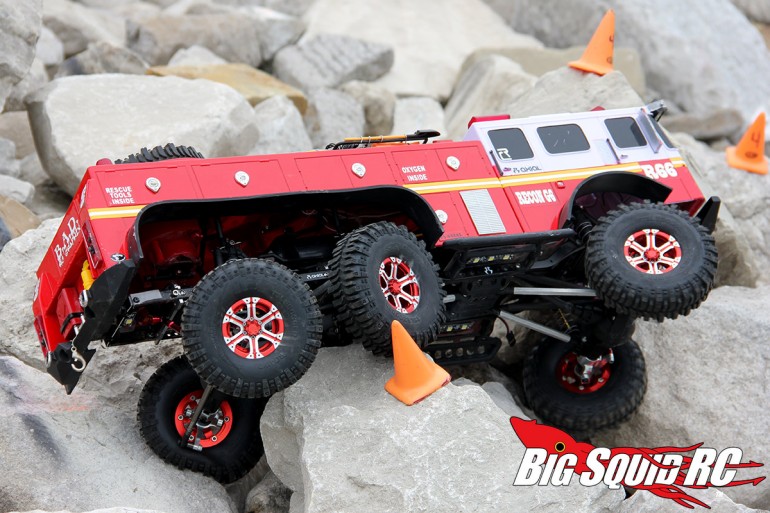 This past weekend I attended what’s becoming a bigger and bigger event each year – the spring “Demo Days” Crawl & Bash held at Mark Twain Hobby Center in St. Charles, MO. The shindig gets its name because various models are put out for the public to bash the heck out of. In addition to showing off the latest r/c gear, various clubs also put on demonstrations throughout the weekend showcasing what they can do – think of it as a general celebration of the hobby.

The main event of the weekend was the scale rock crawling competition put on by Make It Or Break It R/C at the course next to the shop. The classes were for 1.9 and 2.2 tired scale trucks. The vehicles had to make their way through designated gates and the best time won. Time penalties were assessed for needing to touch a vehicle or missing gates. The course itself was very tough, blowing motors and busting parts left and right. Drivers had to earn their keep.

Turn out was great and as you can see from the pics there was a wide array of stuff on the course. Axial, RC4WD, and Vaterra were all well represented. There were no concourse awards, but had their been then it definitely would’ve gone to the killer RECON G6 themed fire truck, belonging to Shawn Rice, seen above. The big six wheeler is a heavily modified Axial SCX10 and is a real head turner. It was hard to watch it getting scraped up!

Crawling wasn’t the only thing taking place, though. Right next to the rocks a major bash was goin’ down. People were slinging monster trucks, buggies, drift cars, and even quad copters. It was a good kind of madness.

Big thanks to the crew at Mark Twain Hobby Center for allowing both customer and employees alike to create mayhem all over campus and to Make It Or Break it R/C for putting on a great comp.