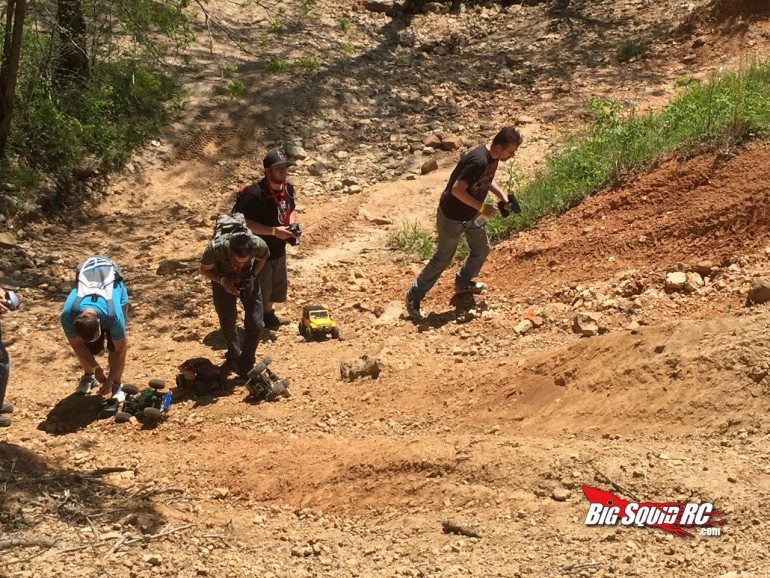 Last week’s column on scaling stereotypes was some of the most fun I’ve had writing for Big Squid. Based on reader response, it would seem that it was the case for many of you as well. So with Axialfest going on this weekend and the odds that some news will break during it (outside of the SCX102 RTR which was just announced), I’m going to go to the well one last time with some people that I missed.  Thanks to readers and friends for several of these ideas.

Shutterbug Sam – The guy who incessantly holds up your run so he can try and get the perfect picture. He spends more time with his camera than truck. THIS. IS. ME.

Leroy the Landlubber – He is completely terrified by the prospect of even a drop of water touching his vehicle, as it will surely short out his electronics and cause the vehicle to detonate on the spot. If the ground isn’t completely dry he’ll pick up his rig and walk. If it’s wet outside he probably won’t even come to the run.

Douchebag Dave – The worst guy on a run, he’s either completely cocky or just a bit of a jerk. He will often run his mouth to tell people how wrong they are doing things and why his stuff is better.

Nick the Ninja – You swear you saw this guy in the parking lot and after the fact he says he attended… yet you never came across him while out in the bush and he was already gone when you returned. He is an enigma wrapped in a mystery.

Special Snowflake Steve – Primarily run RC4WD in your club? He’ll run a G-Made. Run all Axial stuff? He’ll show-up with a Tamiya CC01. He takes pride in running a different kind of rig than the rest. Great in theory, not so much when parts start breaking!

Baby Bobby – The youngster that tags along and constantly gets in just a wee bit over his head, whether its driving lines that are above his skill level or walking too close to an actual physical hazard. While he sometimes drives everyone crazy, he is treated as the “little brother” and his successes are shared by everyone.

Training Wheels Terry –  Terry enjoys rocking his gigantic 2.2’s and laughing at all the poor peons with smaller tired rigs.

Nolan the One Niner – An inverse of Terry, anything but preaching the gospel of 1.9’s is sacrilege.

WTF Walt – This many not happen every run, but every once in a while WTF Walt shows up with a rig that really isn’t appropriate for the matter at hand. He will show up to the trail head with a Traxxas Stampede, ECX Torment, or Tamiya Monster Beetle. For a myriad of reasons, this usually does not end well.

“How-In-The-Heck?” Howard – The man that gravity forgot, Howard somehow possesses some combination of rig, luck, & skill to routinely complete the gnarliest of lines while all others try with utmost futility.

Well there you have it, I’ve tried poking fun at almost everyone I can think of it, especially myself. Scaling has developed a very eclectic mix of personality types and many of us can fall into multiple categories on any given day. We are all nutjobs and I wouldn’t change it for the world!