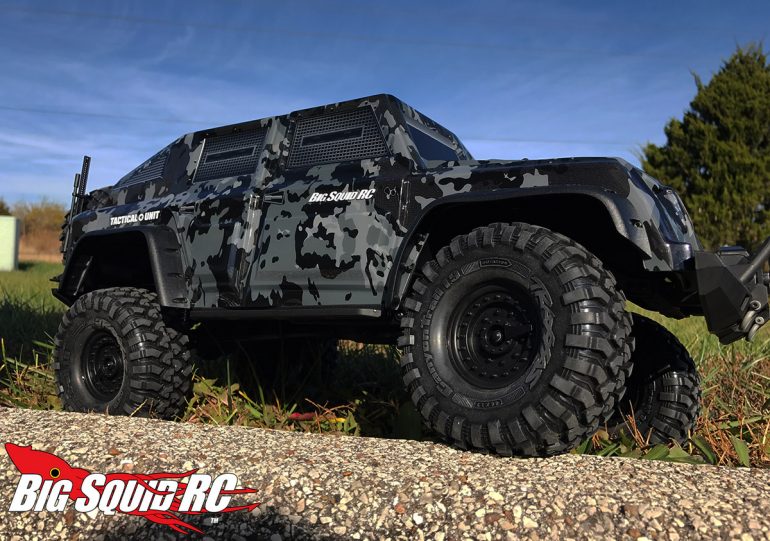 Everybody’s Scalin’ – All Aboard, Next Stop the Holidays

Crazy how fast this year has gone, as we are on the precipice of my favorite week. Thanksgiving week, that is. I’m a big fan for one simple reason, as I’m sure many of you are – it’s typically the shortest work week of the year!

Around 4 years ago I started a tradition of doing a “holiday build” during the long weekend, but this year it’s gonna be a bit different. Instead of constructing a new kit, I’ll be busy working on wheeling our office TRX-4 Tactical Edition for review.

We reviewed the original TRX-4 RTR when it released earlier this year, and are doing the similar Tactical Edition for a couple reasons. For starters, I didn’t take part in that review and I can hopefully provide a different perspective. Second, the Tactical edition is an actual full production kit versus the OG Defender we reviewed, which was slightly pre-production. It’ll be interesting to see if anything changes. And lastly, the Tactical truck weighs around a 1/2 pound lighter thanks to the body. I think that’s pretty significant.

It will also really be interesting to me to see how this rig cuts the mustard compared to other trucks in the category, as the shoot-out is fresh on my mind. I mentioned it last week, but that was a VERY eye-opening experience.

The shoot-out is currently in the write-up stages and we are trying to have it live for next week. A lot of work went into it, and it was probably the coolest thing I’ve been a part of since joining the crew here 4 years ago.

As I mentioned last week, I have a lot I want to talk about in regards to what went down, but I must wait until the whole thing goes live first or I will be ex-communicated to the land of broken toys aka Wrench’s basement. Trust me though, I’m dyyyyying to talk about it!

One more note before I go, last week many of you saw that Axial announced the new 2017 Wrangler SCX10.2. This is pretty significant news if for nothing else than Axial has finally got a handle on their supplier woes and is back to business as normal. Even with a myriad of other companies now entered into this fray we call scale crawling, a healthy Axial helps this segment for sure.

Anywho, it’ll be nice to be out running next weekend versus wrenching, as the weather looks tolerable. Since I won’t get to talk to you all before then, have a Happy Thanksgiving!