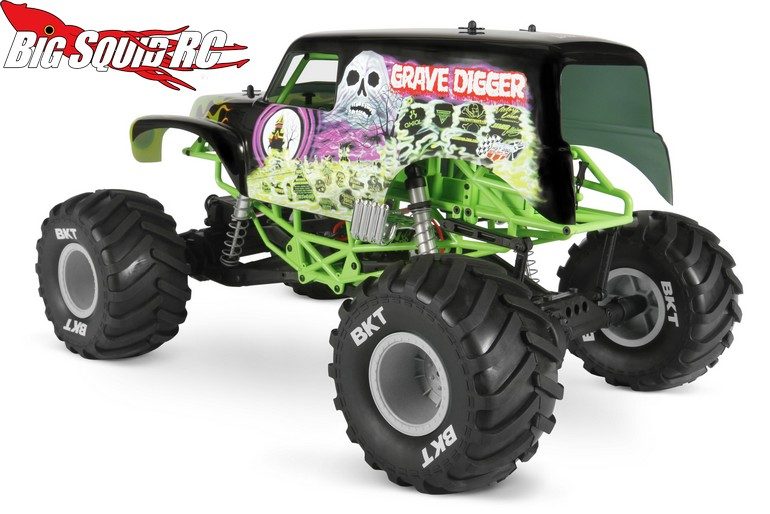 Everybody’s Scalin’ – All About the SMT10

Axial has done it. There is finally a legit, ready to run solid axle monster truck about to hit the market. This has been a loooooong time coming.

First off, many long time readers know I love monster trucks. Look, I love scale 4×4’s and trailing….but I LOOOOOVE me some monster trucks. Full size monsters are my first memory as a little boy, and I’m still obsessed some 30 years later. It’s a sickness. R/C monsters are a nasty side effect of this, and despite how many I build or buy, there is no cure in sight.

I’m talking solid axle trucks, of course. I know it’s unpopular around these parts, but I view vehicles like the T-Maxx and its ilk (despite being WAY into them during the boom) as buggies with oversized tires. I definitely get why they are popular and people love them…they just do nothing for me. Give me solid axles or give me death!

I think the SMT10 looks fantastic, especially the design of the chassis. Mimicking a CRD chassis that the Grave Digger / Feld / Monster Jam trucks run, it really looks the part. And lest you think I’m a shill, I’ve worked for Bigfoot and remain very close with the team so my blood starts to run a little hot at the mere mention of a Digger truck. And while I’ve gone on to have friends in the enemy camp, it’s still fun to hate the black and green wrecking machine. Old habits never die!

Anyways, the Digger licensing is going to be a massive hit with the general population, and there are rumors of other Monster Jam trucks coming soon. Sure, this brand has been used before, but never properly like this IMO.

It features a very solid drivetrain, using the new RR10 Bomber axles mated to an AX10 transmission. Yeah, I would of liked to see new axles with center pumpkins but I understand why they went this route. And besides, it’s an easy to fix and mod setup.

The truck uses 2.2 size licensed BKT monster truck tires, and this seems to be the big point of contention with some people. This size wouldn’t be my first choice as I think they are a tad too small, but I understand why Axial made the decision. These are much easier on the drive train. And hey, I have great news – you can switch the tires if you don’t like them!

The good folks at Pro-Line are waiting with open arms to outfit your SMT10. Pick up some offset Brawler wheels and your choice of Destroyers, RC4WD Rumbles, or any other Clod sized tire and bam, there you are.

My recent UFO build, seen above, actually runs the EXACT same setup as the SMT10 i.e. Bomber axles with HD shafts mated to the standard Axial 3 gear tranny. It runs like a dream and handles the bigger clod sized rubber with no problems.

And if you are worried about breaking stuff, especially with 2.6 size tires/wheels, there are approximately 600,000 aftermarket upgrades already on the market for the SMT10’s running gear.

While I’ve been into scale monsters my whole life and think I know a thing or two, it’s still really tough giving advice to fellow hobbyists on how to take part. Ever since helping to start and run a monster truck club with friends (Trigger King R/C out of St. Louis), it’s become even more apparent how how difficult it is to get new people into it.

When someone asks “What do I need to buy?”, the answer has never been simple. It’s always something like “Well, you start with Tamiya Clod Buster but then you’ll need an after market chassis and shocks. Oh, and you’ll need a custom rear lockout and behind the axle steering. Then you need two brushless setups that are wired together, yadda yadda yadda.”

The cost stops most people dead in their tracks. For those that keep at it, many times the end result is a garish vehicle that is so improperly setup that it’s almost impossible to drive and they wind up selling it off.

I’m really hoping that soon I can simply tell people “Go pick up an Axial SMT10”, and that’s that. My club has already started drafting up a set of “Spec Class” rules with the hope that noobs can experience the fun of scale monster truck competition right out of the box and get hooked.

Many long time monster truckers such as myself are super pumped, and I look forward to modding it to the moon.

Thank you Axial for taking the plunge. Let’s hope this thing is a performer! More to come once we get a hold of one.