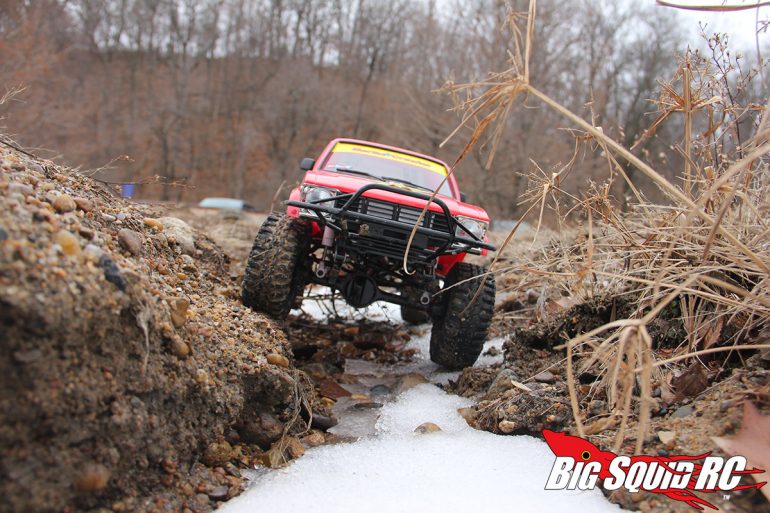 Everybody’s Scalin’ – All the Wrong Places

As I was finishing up photography on our Marlin Crawler Trail Finder 2 review last week (p.s. the link for that is here, it’s a truck that I like A LOT), my stomach sank as I was walking back to my car. I was being approached by a confused looking police offer. Gulp.

Now, at this time I was by myself in a secluded part of the park, so I was just as confused as well. I wasn’t bothering anyone. Heck, I hadn’t even seen anyone! “Do you have a permit to run that thing?”, he said. “No I don’t, officer. I didn’t know that one was required”, I said. He then made me aware of a “NO MOTOR VEHICLES” sign at the entrance. Ah yes, caught in that crappy r/c grey area. Some 15 minutes and a frustrating conversation later, and I had lost the ability to run at another one of my favorite spots.

Sadly, this seems to be the norm nowadays for many of us into scaling. We are feeling the same sting of losing our good wheeling locations just as the full scale guys have over the last decade.

Using my hometown of St. Louis, MO as an example, just 5 years ago I could pretty much crawl anywhere I wanted. A big crackdown on r/c trailing started to take place in late 2015, and now most of the great public spots are off-limits. It’s really put a cramp on where we can operate for our reviews.

To many park rangers or police officers, a slow moving scale crawler is no different than a big 1/8 monster truck that rips up the grass. They are at best a nuisance that disturbs other guests, at worst something that tears up the terrain with a bunch of hoodlums in tow. Sucks, but them’s the breaks.

I’ve always thought the best course of action was to just behave yourself and be respectful when on public property. Also, educate passers-by if they seem curious as to what you’re doing. The more they know, the less likely they are to complain.

While this has served me well, it obviously doesn’t always work. Sometimes, you just gotta know when to fold ’em and move on. As I’ve said before, whether he’s right or wrong, the ranger (or officer) always wins.