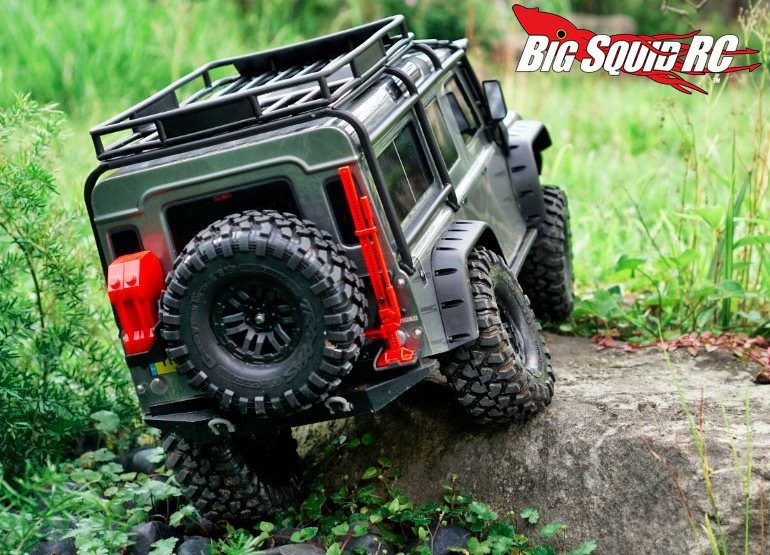 Everybody’s Scalin’ – Another Week, Another Tease

It never fails that after I submit my weekly Scalin’ on a Friday morning, some kind of news breaks later in the day. Seems there is a lot of that going on lately.

The “Traxxas Scaler” now has a name, the TRX-4, as well as proper photos showing a pre-production model doing its thing in the wild.

The Land Rover Defender body looks absolutely astounding and is packed to the gills with scale goodies- a roof rack, gas can, jack, spare tire…even a freakin’ snorkel. They really went the extra mile as far as appearance is concerned.

The enthusiasm around this vehicle is great to see because while the core Traxxas fan was always going to be excited, many in the hardcore crawling/scaling community are just as pumped. That’s not an easy feat to accomplish, let me tell ya. We like to bitch and moan about everything, but thus far there doesn’t seem to be much to complain about.

I think most appreciate the work Traxxas has seemingly put in to this rig, what-with portal axles and all the new parts. This is NOT a standard re-body and re-release that so many harp on them for, and instead is what many wanted but thought they wouldn’t get- a new scaler platform. The jury will be out until the truck is released, of course, but all signs so far point to it being a winner.

The fact they released another tease and not an official announcement is interesting to me in and of itself. This means that while they are close, they are still tweaking things with the release. I’d hazard a guess that this whole odd “announcement” process, including being shown off for the first time at a toy fair with little to no fanfare, is so they can closely gauge the temperature of the room in regards to what’s being shown off and react accordingly if need be.

Given how it seems every company is currently teasing or showing off vehicles that are coming in the near future, Axial’s silence has been equally as interesting. They’ve long been the leader in this segment of the hobby but several enemies are now at the gates. They’ve been dealing with supply chain issues as of late which most likely has hampered their ability to show off what’s next. One would think they have some kind of big gun they are ready to deploy when they get their affairs in order though, and I’m excited to see what they’ve come up with next.

Let’s just hope that as Spring fades into Summer all of these teases start turning into releases!