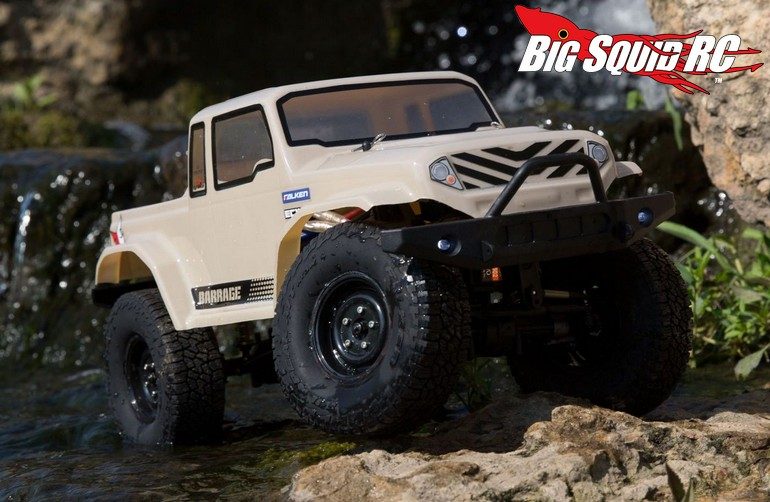 I’ve been running hot around here the for the last month or so and just realized that I had never discussed the 1/12 ECX Barrage 1.9 RTR Crawler.

The Barrage, scheduled to be released early November according to our friends at A-Main Hobbies, is interesting to me as it’s trying to appeal to the budget crawler crowd with a small platform, just not as small as the majority of its mini and micro-sized competitors.

This should allow it to be used somewhat comfortably outdoors whereas the aforementioned smaller rigs usually need to be driven indoors where the terrain is mild, lest they get hung up every 10 seconds.

It uses 1.9 size wheels and tires (giving it a 2.2 rig look) which is good news for those that want to put aftermarket rubber on their truck. 1/25 and 1/18 scalers typically suffer from a severe lack of choices, and this hopes to remedy it. I also like the aggressive look of the tires against the smaller chassis. Makes it look like a Top Truck Challenge machine.

I’m also down for the body. It’s non-licensed but resembles a Defender 90 truck. While this may not be the greatest shell ever put on a kit, hey, this thing retails for $179.99 and it doesn’t look bad. 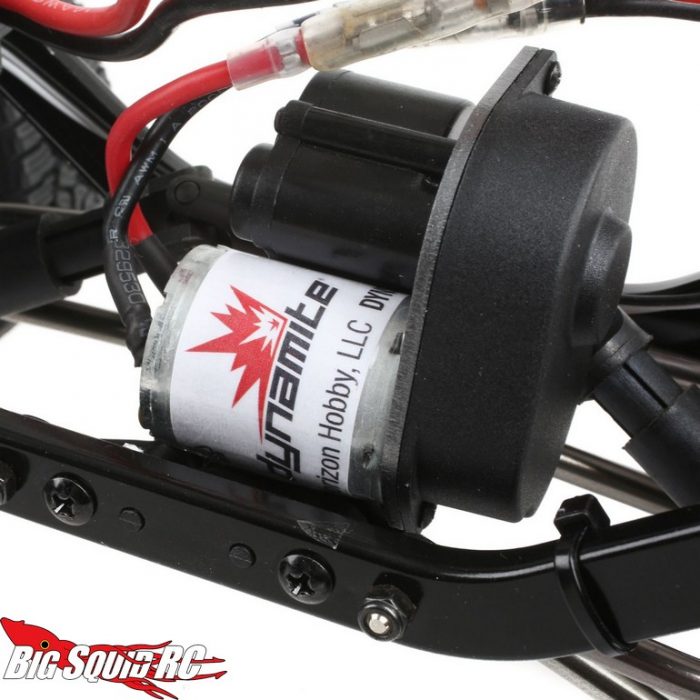 The main reservation I have is the 370 sized brushed power plant. These aren’t typically known for their speed or torque. However, from my previous experience with similarly powered trucks, I’m taking a bet that those looking for a little more juice in their ride can probably squeeze a 540 in there. I have a sneaking suspension that others are wondering this, so I’ll make sure that this is tested when we do a full review.

ECX has earned some much deserved street cred over the last few years for putting out quality bashers for the budget minded hobbyist. Now let’s see if they can hit the mark for the like-minded crawler as well.