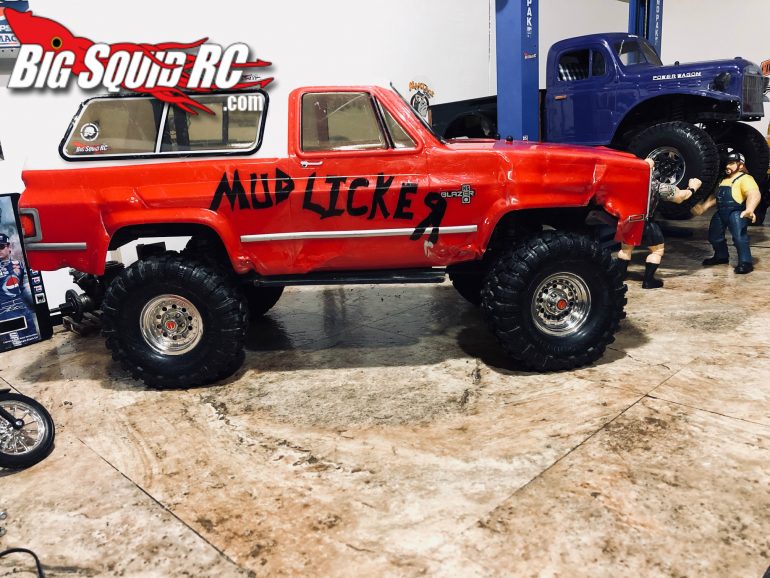 A beat-up truck with dents and rust will actually turn my head faster than seeing a pristine shelf Queen. One of my favorite Hot Wheels as a kid was the police car that when you ran something into the car the door would flip over and show a dented panel. Even the old crash test dummy car, you would run it into the wall, and it would crunch up like a real car. So, adding battle damage to my scale rigs has always been something I really wanted to do. It could be a very sketchy process if not done correctly. You can end up destroying the body and then you’re back to square one. 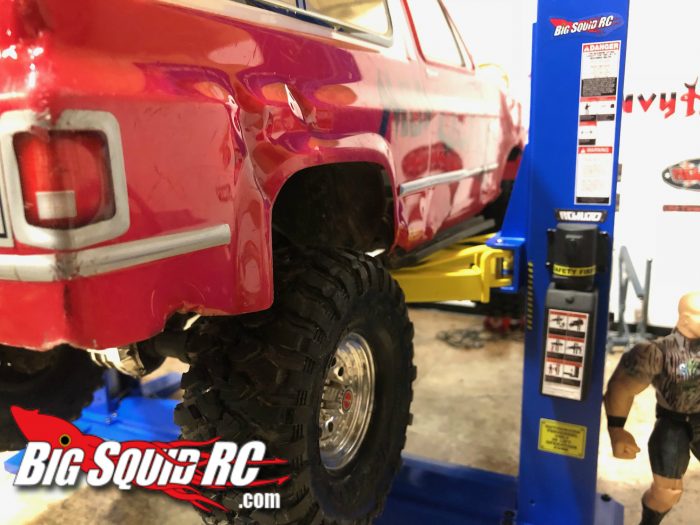 There are a few different routes you can take when adding dents to a lexan body. I see people heat up a flat head screwdriver and press it into the body, but to me that doesn’t look too realistic. I’ve also seen the dremel technique. You take a dremel and shave the body and that doesn’t look half bad but you have to be real careful that you don’t put a hole through the body. Unless you’re trying to make rust holes, then that’s a perfect technique. In my opinion, I think the heat gun/hairdryer technique works the best.
,
You’re going to want to keep your heat gun or hairdryer about 2 ½ to 3 inches away from the area that you want to make your dents. If you have it too close to the body it will heat up too fast and open a hole. If you have it too far away you will just warm the body and you will never get the area hot enough to where you can bend it. Use a circular motion when heating so you cover all the area not just one little spot. It usually takes about 30 to 40 seconds for the lexan to become malleable. You are going to want to make sure you wear a good pair of gloves because the lexan is hot and you don’t want to get burned. Once the area you have prepped is ready take both hands and then bend the area causing the body to ripple and dent. This way it actually looks like the body has hit something and crinkled in, just like real metal would. You’re going to want to act fast because the area will cool down just as fast as it heated up. Keep in mind, you don’t want to heat up an area more than a few times because then you are definitely asking for a gaping hole in a corner panel.

There’s going to be a good chance that if you do any of these processes on a pre-painted body that some of the paint is going to wear off or chip. You can actually use that to your advantage. Take a brown or silver paint pen to any bare spot on the body and it’ll look like it’s either rust or the paint is chipped and you see the primer. Doing that will add the realism of battle damage. You can do this even if you don’t have any bare spots of paint on the body. Just take a razor knife and scrape the paint off in the areas you want to add scratches then fill it in with a Silver or brown paint pen. 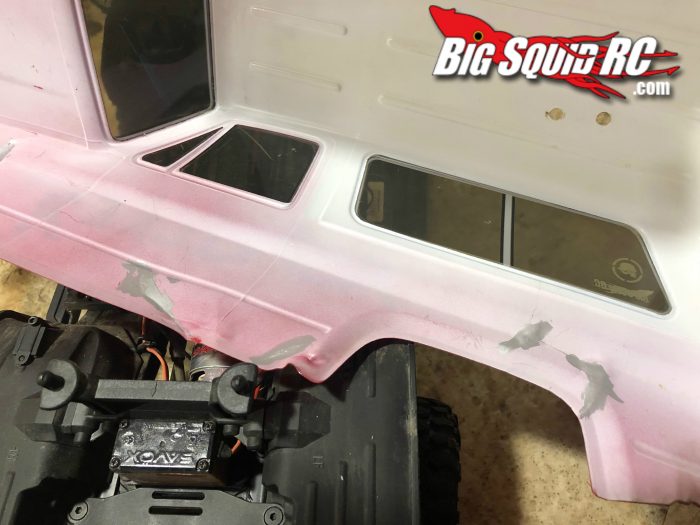 I recently added some battle damage to an old Vaterra K5 Blazer body I had laying around. I figured with a mud bog coming up I needed a good-looking beat up old truck and no sense in having a body just lay around to collect dust; and let’s be honest, who doesn’t like the look of a beat up old Chevy?
Till next time, have a great weekend and go out and get some RC time!