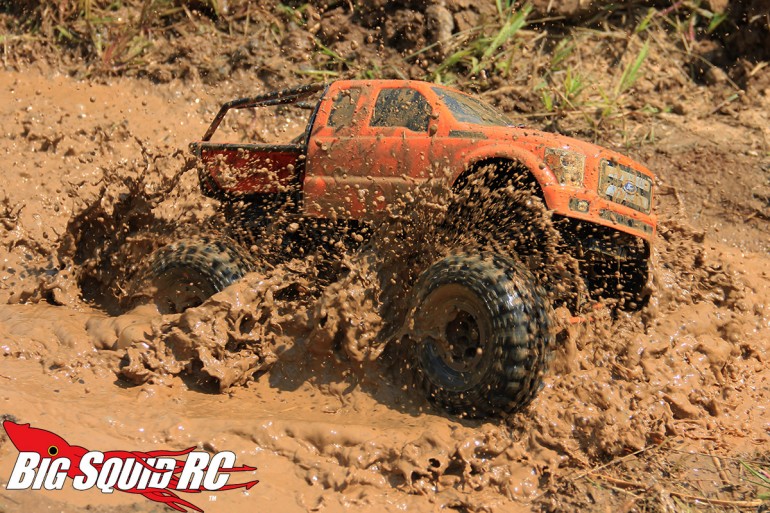 I thought it would be pertinent to tackle a topic that I once wrote something about 3 years ago, as where I was somewhat in the middle back then, I definitely have a solid opinion now. Back when I originally wrote that, my view was skewed towards using a high turn brushed motor on 3S power because it was cheaper and, in muck conditions, more reliable.

Well, that was before I started getting used to some of the nice waterproof brushless systems on the market! I also started experiencing the negatives of repeatedly running WFO on 3S. I’ve burnt up several brushed ESC’s and motors, and, while relatively cheap to replace…it gets old.

For two years now I’ve predominantly been using a Holmes Hobbies 3500kv system (you can see the original article in which I used it for a project truck here) in whatever rig I’ve deemed as my #1. It’s been in two SCX10’s, an Ascender and most recently an RR10 Bomber. Like a good engine, it’s never let me down. I’ve also continued to use an older Novak (RIP!) system as well as a 7.5 sensored racing motor hooked up to a Mamba Max programmed for crawling in various other trucks. I’m always swapping stuff around.

The common thread here? Sensored brushless rules. It just does. I can run on 2S, keep my temps down and still have plenty of power on tap for when I need it, whereas using the 3S in a brushed system has just led to heat, heat and more heat on longer runs. I’ve grown to really dread that nasty smell when a motor is leaving this world, and it’s happened all too frequently.

Now, if you enjoy crawling at slower speeds and have lots of fun on 2S with your brushed setup, well, then I don’t fault you for staying with that. Brushed motors are usually fine in that arrangement. In the last few years my driving has gotten much more aggressive though, to the point where I now require speed in trailing situations to get my rocks off (pun intended).

For the longest time water was the main enemy of sensored systems and due to my love of consistently running in “clear dirt”, it’s why I tended to favor cheap, more disposable brushed systems. Well, then I learned how to use epoxy to make sure my stuff stayed dry and it’s been smooth sailing ever since! I haven’t had a water logged brushless system in around two years since figuring out how to properly protect my sensor ports.

This subject is still one that many a scaling hobbyist wrestles with so I figured it was worth discussing where I stood on it now, given that my previous take has aged a few years. Brushed motors are fine in crawling applications, but just know that modern sensored brushless get-ups are a heck of a lot of fun in a scaler. If you can afford it, you may never go back!