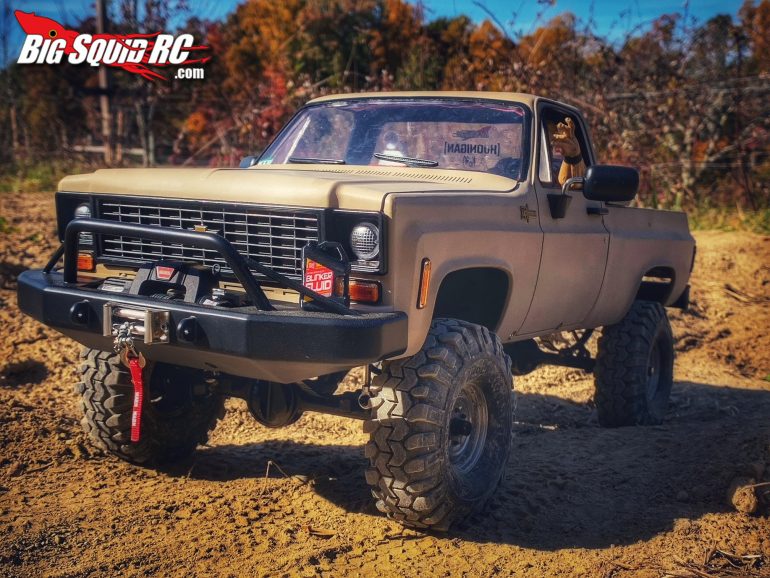 EVERYBODY’S SCALIN’ – CROSSING THE FINISH LINE WITH RC4WD AND SHRINKRC!

The new ShrinkRC Build is ready for the trail! Over the last two weeks the Big Squid RC Kentucky HQ has been busy. With rigs ranging from 1/24 scale to 1/6 turning up the dirt all around the Squid Farm, the ShrinkRC Chevy build did not get left behind in the dust. 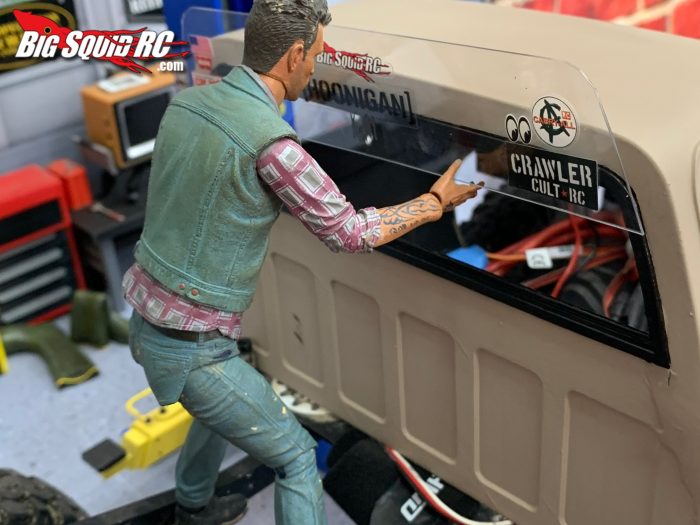 The build was down to the final details and assembly, when you get that close to the finish line after building for 3 months, you don’t hold back. Starting with the ShrinkRC bench seat, I used red plasti dip then cut out some red leather that I had, don’t ask. I didn’t want to just cover the seat, the ShrinkRC Chevy bench seat has the upholstery grooves and that is a detail you don’t want to lose while building a scale rig. Heating up the fabric with a hair dryer I was able to get the material to stretch, making it easier to work with. Then filled the upholstery grooves on the seat with glue for the cover to lay in. Doing this will add more depth to a scale interior, along with accomplishing its job of looking scale.

Next was the Door panels, using an old sticker set from a RedCat Gen7, I cut out woodgrain for the trim and arm rest. To do the door handles I use a fine tip paint brush that I made stiff by putting super glue on it and twisting it to a fine point. Parts as small as the door handles can be hard, even with a steady hand. Last thing you want is a stray hair on the brush messing up your work. You can also use a toothpick as well. Following the door panels, I did the dash to match. With the ShrinkRC dash riser you get a better look and is more assessable for scale drivers, but you will be left with a gap from the windshield to the dash. This can be fixed by making a dash cover so it’s not a big deal.  Once the dash was finished it was on to the headliner. This was the first time I did a headliner, so keeping it simple is how I wanted to keep it. Taking a small American flag, I was able to glue it down with just a little trimming to fit the RC4WD Blazer.

The Rear bumper was a must have for the rig. RC Everyday sent me a link one night and within a few minutes I had it ordered from shapeways. The scale bedbox was something I had seen on Wayne’s RC World’s Chevy build and he sent me a link to Etsy. The bedbox opens up and can be used as a battery box. I am happy I picked it up because I ended up needing a place to hide the battery once the rig was finished. 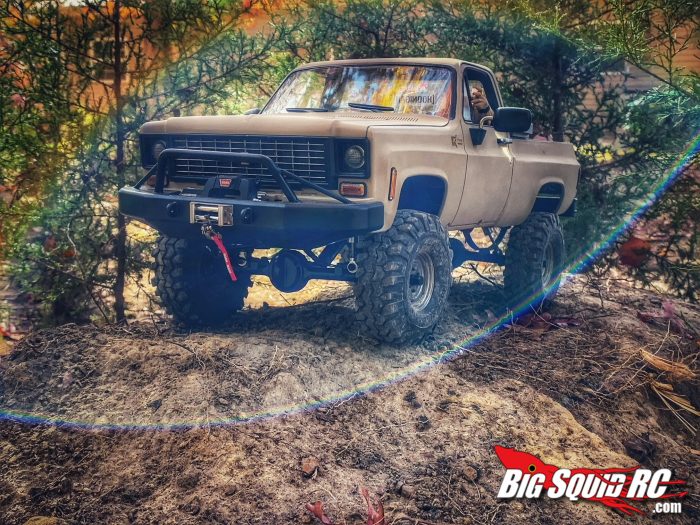 For now, the rig is finished, at least enough for it to hit the trails. I do have a few more things to do, like weathering and some odds and ends. I would like to thank ShrinkRC for letting us try out their mods for the RC4WD Blazer, RC4WD for hooking us up with the Front Bumper and new RC4WD Warn 1/10 Advanced Wireless Remote/Receiver Winch Controller Set . The rig just wouldn’t look right without it, fits the build like a worn in pair of work boots, perfectly. Remote Control Hobbies of Orlando FL for giving us a killer deal on the body, Reefs Raw500 and my favorite motor the Holmes Hobbies Brushless Revolver.

Stay tuned for a running video of the new rig and make sure to come see it at The Ultimate Scale Truck Expo 2023. Have a great weekend and KEEP SCALIN’!