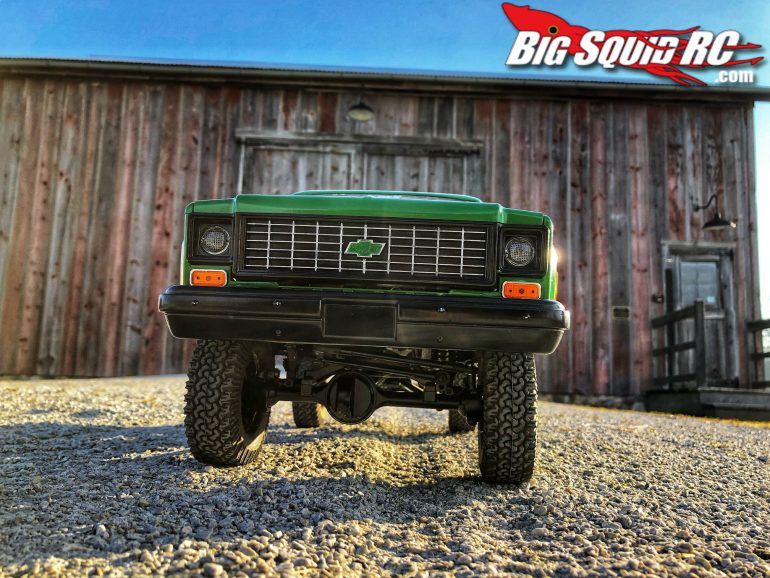 What’s going on everyone, Jeremy here and the moment I have been waiting for is finally here. The full unveiling of the Farm Truck! Over the last month or so you may have seen or heard me talk about the Farm Truck and have even gotten a few sneak peaks. I have been trying my best to keep it a secret and trust me, that was extremely hard. Almost as hard as it was to not say anything about the Super Rock Ray when we were testing it before any teaser was even out. That being said… let me tell you about what all went into the build of the Big Squid Farm Truck! 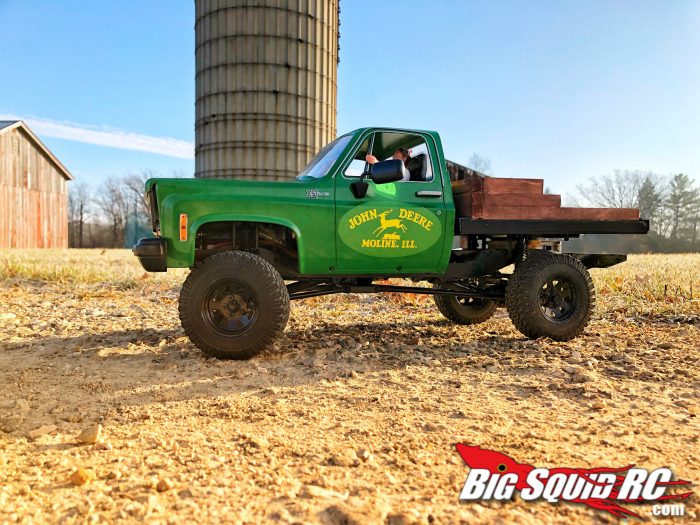 The first step in doing the Farm Truck was, without a doubt, probably the easiest part and that was picking a chassis to use. Like I said in a previous post, I wanted to have a good length along with stability so the RC4WD Gelande 2 LWB was a perfect fit for this build. And making another shelf queen or mall crawler was not what we wanted to do. Our RC4WD Gelande 2 LWB has definitely proved itself, in our review, to be a more then worthy rig.

This next part was a very difficult thing to do. I am certain all of you have seen some of the amazing builds using the RC4WD Blazer body. One of the most common builds is to cut the bed off and actually extend it using 3D printed parts. That being said, cutting up the RC4WD Blazer body felt wrong in some way. In my opinion, the hard body blazer is one of the most beautiful bodies you can buy. So yeah, taking a saw to it felt a little sacrilegious. The first cut was perfect but the second one, well… not so much. See the Blazer body I used has actually taken a good beating over its time with me. Half way through cutting the passenger side a good chunk cracked off due to a stress fracture from a trip to one of my local indoor comp courses Crawler Canyon. After some therapy and a few Life Time movies I was able to get over cutting up the Blazer body. 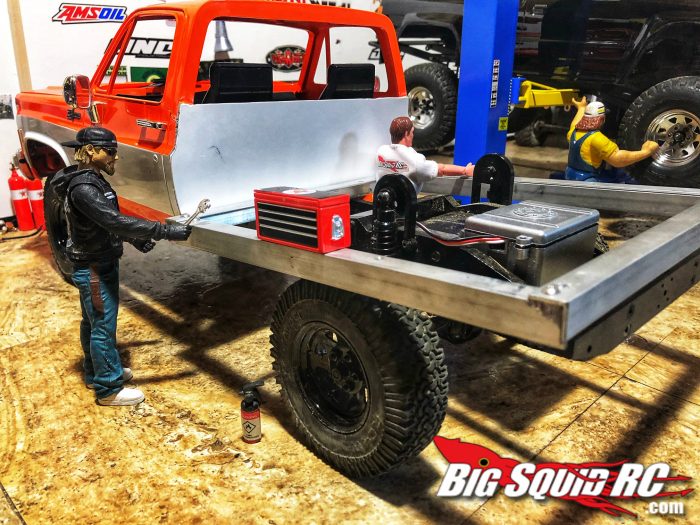 Then, using some styrene I was able to make the back of the cab. For a few reasons this was a must for the Farm Truck. I wanted to have the bed attached to the cab and the Blazer body didn’t have a closed back half. And well, it looks more scale having a closed cab for this particular build. After cutting the styrene to size I ran into a little problem with the passenger side. The stress crack left me with a gap about 1/8 of an inch between the styrene and the cab. Instead of using a filler for the gap I wanted to try out something else. Using tin tap to cover the gap would definitely close the gap but also over time of the rig being ran it will also dent in like a real 1.1 rig; problem solved!

When it came time to do the bed I was tossing around a few options. I definitely didn’t want the shock mounts to stick out of the bed and if I had the bed too low on the chassis, I wouldn’t get much flex on the trails. After making some custom mounts the bed sits right on top of the shock mounts. I used velcro to hold the bed down so it doesn’t crappy flop all over the place. Once the bed was secured mounting the cab was the next step. Unlike the Trailfinder 2 the side mounts on the Gelande 2 don’t match up with the Blazer. And even if they did it would have thrown off the wheel base. The Wrench is known for his zip ties, I guess it’s safe to say the same for me but with magnets ha ha ha. I took some Raw Earth Magnets and glued one on to the frame and one to the back of the front bumper. Just a heads up, if you plan on using magnets make sure you get the right kind. There is a reason the ones you find on eBay are 6 bucks. They are cheap and really don’t hold up on the body at all. Save your self the frustration and go to the hardware store. 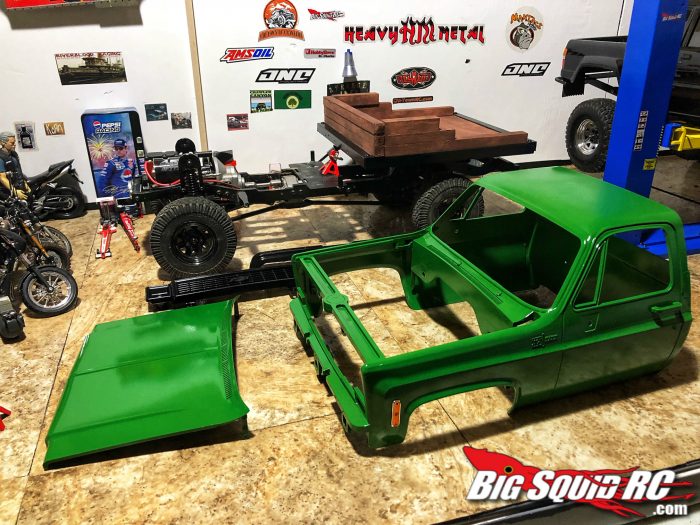 Once the mounting of the bed and cab were finished it was time do to my favorite part. Painting and adding the scale details. Over the summer I got my little boy a John Deere Fathead set for his room and it came with some John Deere decals and I was like yeah, I’m taking these. So, in a way, I planned the Farm Truck build around two stickers. I also used some old mud flaps I had laying around for floor mats and painted the interior a tan color really making the inside of the rig pop. This build has to be one of my favorite builds to date. No, it’s not the most incredible build you will ever see. But it definitely is a unique one. That can be said about a lot of builds. There are going to be things you’re not happy with or someone will give you some advice of what you could have done differently. The way I see it is, if you like it and are happy with it, then by all means act and treat it like it is the best rig ever built. Because you are the one who put in the time and effort into creating and constructing it.

The completion of the Farm Truck couldn’t have come at a better time. For a few weeks I have been keeping it quiet mainly because I wanted to be 100% sure before I said anything. Big Squid RC was invited to this years Ultimate Scale Truck Expo in Williston Florida February 22nd- 24th. I for one am over joyed to be able to attend USTE 2019! If you are thinking about making the trip I highly recommended it. I will put the link below for all the info you need. So, till next time, have a great weekend and keep Scalin’!


Make sure to hit up the RC4WD website and check out the Gelande 2 LWB!

Lastly, don’t forget to get your tickets for the Ultimate Scale Truck Expo.