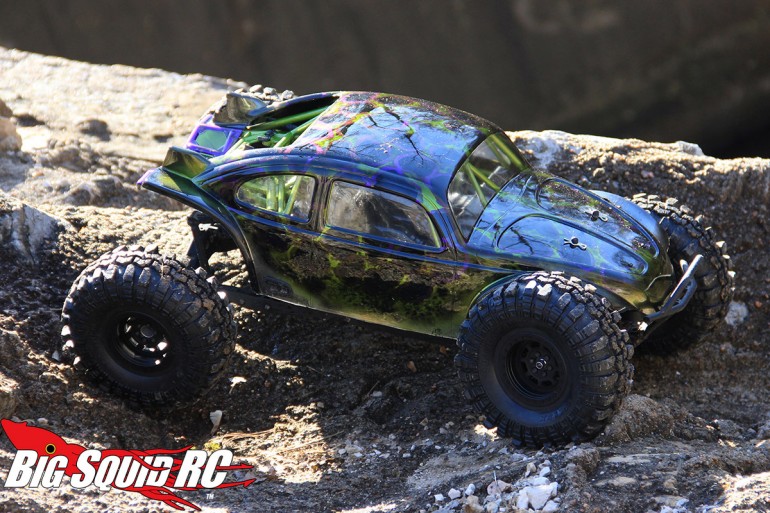 Everybody’s Scalin’ For the Weekend – A Look Back at 2014

As 2014 draws to a close, I think it’s time for a bit of reflection. This was the year when the budding scale movement of 2012 and 2013 officially turned into a raging fire across all of r/c land. It’s not just scale crawlers either. Many bashing vehicles have now fallen in line with the trend and at the very least their bodies make an attempt at looking realistic.

The biggest release this past year was unquestionably the Axial Yeti. It was the first vehicle to really marry the basher mentality with that of a traditional scaler. The announcement and ensuing hype led to massive pre-order numbers and hobby shops fighting to keep them in stock. Axial was already the leader in scale trucks for several years prior but the Yeti pushed them to the next level. It’s hard to argue that they aren’t the hottest company in the entire hobby right now.

Nipping at the big dog’s heels were Vaterra. 2014 saw them drop the Ascender, the first truck available on the market to truly challenge Axial’s stalwart SCX10 line. Ascenders are starting to become very common out on the trail and the aftermarket is ramping up in support of it.

Speaking of the aftermarket, never has so much cool stuff been so readily (and affordably!) available for your scale truck. Just a couple years ago it was hard to find a set of tires with many people resorting to cutting or making their own. Now, companies like Pro-Line and RC4WD offer almost as many choices as a 1:1 off-roader has. Lights, bumpers and bodies (like the new Pro-Line VW Bug Yeti lid as shown above) are available in any flavor you want. The scale crawling market has proven to be a big vat of consumer money that everyone seems to be tapping into nowadays. I don’t see that drying up anytime soon.

So if you’ll allow me to put on my tinfoil hat for a bit, I see a couple things happening in 2015.

For starters, I think a few other big companies are going to get involved in the scale crawling scene. Whether that’s a good or bad thing I don’t know. If innovation and one-upmanship are shown than it will be great for us all. If it turns into a glut of SCX10 or Yeti clones then I’m not keen on it. If you remember the short course boom from years past then you’ll recall roughly 6,000 vehicles that look and drive almost exactly alike. Let’s hope that innovation stays at the forefront.

And finally, because I’m contractually obligated to bring it up once per month, I predict a true to scale short course truck will release and ignite another off-road racing boom. Hey, a guy can dream right?

Next week myself and Adam the Intern (our other scale dude) are going to lay out our respective favorite scale 4×4 releases of 2014. Not necessarily the best, the one that sold the most or whatever….but our personal favorites. I’m not sure what Adam’s is yet but mine will probably come as a surprise to some people. Heck, it was a surprise to me that I enjoyed this truck as much as I did. Until next time, have a great weekend!