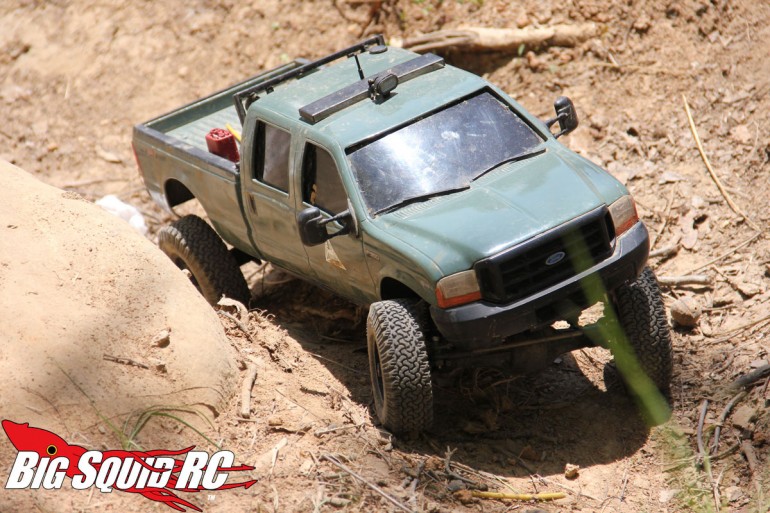 As the calendar creeps forward to spring, the folks behind the Axial RECON G6 scale adventure series are prepping for what they hope will be another banner year. If you aren’t familiar with what exactly a RECON G6 is, check out an interview I did last spring with head honcho Brian Parker. Axial also has a nice write-up on their website.

Ok, so now I’m assuming you know what a G6 is. Let’s talk about several particular additions to the series that peak my interest.

You can run multiple classes:


While you could technically run multiple classes before, it usually wasn’t feasible. G6 events are comprised of a day and night stage, and while many drivers will run both, the day stage always has more participants. In the past the day stage typically started around lunch and ran until late afternoon. It lasted several hours and many times you’d get big choke points because everyone started together (sometimes over 100 vehicles). It was really tough for someone to have time to run it several times, especially when repairs needed to be made (and lunch/dinner eaten!) before the night stage at dusk.

The plans for 2015 are to run tighter courses and let people who preregister online select their start times. The day stage will also run during a larger set window, 9am – 3pm, from what Parker told me. That opens the event several hours earlier than before and also thins out the herd by staggering start times. This lets people tackle the course on their own schedule and makes it much easier to run several trucks. You can begin early and beat the crowd, grab a bite to eat and still have time to run it again. Kudos to them, as I always had trouble deciding on which class to participate in. Now I can run multiple trucks! Speaking of classes, here are a couple of the new ones added for this year.


This is my favorite. Despite the fact that a G6 fosters teamwork and relies on “drivers helping drivers” as a theme, it was scored by the individual. Now people can enter in 3 man teams. Adding team play should increase the competitiveness while also maintaining the friendly atmosphere. Hopefully this year I can entice the Chicago BSRC crew to come down and field a team to compete against myself and the STL boys!


Ya know, whenever the G-train rolls into town the pre-event show and shine is second to none. If you want to see some wild scale stuff, you gotta check out the concourse. Many of these ultra-scale trucks use smaller tires, have hard bodies and/or more scale suspension setups than the standard performance oriented Axial SCX10s, Wraiths, Yetis, etc. The heavily modded “Park Ranger” Axial SCX10 in the top pic is a great example of what I’m talking about. Many of the trucks on display are primarily shelf queens. The street class is an attempt to get those girls out onto the dance floor. They will run a special course with a milder terrain so as to be on a level playing field with the big tired rigs. Perhaps Adam the Intern will bust out one of his uber-scale builds for this?

If you are a long time reader of Big Squid you know we are gigantic fans of the Axial RECON G6 series. As I always say, if you are into scale off-roading you owe it to yourself to check out one of these events. It’s a heck of a time. The 2015 schedule is about to be announced and we’ll be sure to have it posted here when it drops. If you are interested in seeing a full list of rules & classes then be sure to checkout their official website.

Want to see our coverage of the Recon G6 we attended last year? Click here. For more scale r/c on BigSquid RC news you can click here.