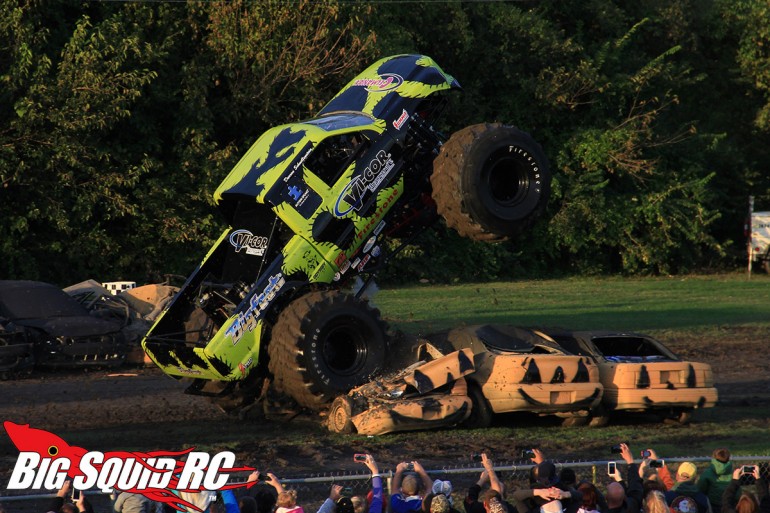 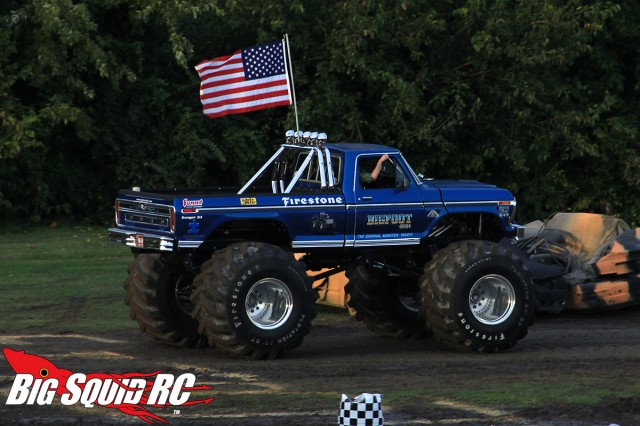 2014 has been a year of monster truck resurgence in the r/c industry. One has to look no further for evidence than right here at BSRC, as our review went live this week for basher of the year contender, the Pro-Line Pro-MT monster truck. What better way to end the week then, than with a recap of a major monster truck event that went down last weekend (both r/c AND 1:1); the Bigfoot 4×4 Open House and Monster Truck Spooktacular.

This free event has always taken place at the Bigfoot shop in Hazelwood, MO as a way to say thanks to the fans. With it growing in popularity each year, they decided to to move it to the bigger confines of Tri-City Speedway in Granite City, IL. The event was an all day affair as pit party festivities took place all morning/afternoon giving way to a big show in the evening. We rolled in at 8am and watched as the big trucks got setup on the premises. Once they were staged for their displays (7 Bigfoot trucks were on site) we got out the r/c stuff and setup our track. We laid out several scaled down versions of what you’d find at a full size show and went to town all afternoon.

We ran several sessions of racing with both old school retro trucks and modern race machines. When that was finished we topped it off with a big freestyle show (complete with mini Jet jump!). When the dust settled it was Josh Rhodes and his sweet Grave Digger Clodbuster taking home top honors for the race class, and Chris Blank doing the same in retro with his classic Sassy Chassis’d Clod. Danny Maass took home the freestyle win (judged by several Bigfoot team members and hardcore fans) with his “Heavy Hitter” Axial based monster truck.

Finally, as the sun went down the big boys came out to play. Despite being very muddy the whole fleet of trucks put on a heck of a show. It was especially cool seeing Bigfoot #1, the original monster truck, lead the fleet into battle. There was even an appearance by the 10 foot tall tired Bigfoot #5, the biggest pickup in the world, making a super rare car crushing performance!

Big thanks to the Bigfoot crew for letting BigSquidRC be a part of the action, especially to team members (and r/c racers) Bob Chandler Jr. (helped organize the r/c portion with me) and Danny Maass (shooting pics when I was running a truck or trying to keep everything moving). I also want to say thanks to the Trigger King R/C club for putting in the time and effort to make the event a success, and of course to the Big Squid readers that said hey and scored some stickers.  We are already making plans to do it bigger next year…hopefully the whole BSRC bash crew can make an appearance for total r/c anarchy!

Ok, so with that out of the way, click the “Read More” below to see a few more galleries and check out what else is kicking in the world of scale r/c. 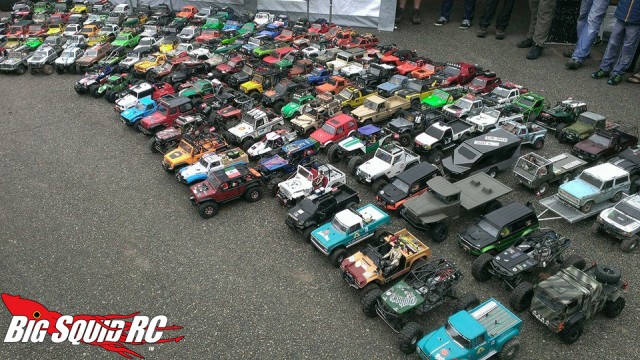 Yeah, I’d say the scale scene is alive and well in Austria. What a turnout for their first ever RECON G6!

Hey, if you have a cool scale rig you want to show off, why don’t you drop me a line at doug at bigsquidrc.com with a nice photo and a description of the truck. I’d like to start featuring reader trucks more often as it’s really cool seeing what ya’ll can build. If your truck is featured I bet I can sweet talk Brian into sending a BSRC sticker pack your way!

Ok, this week has already run wayyyy long. Hope a lot of you intend on coming out to our 10th anniversary bash tomorrow! Have a great weekend!

Oh ya, it’s Friday so why not have a BSRC mystery link?