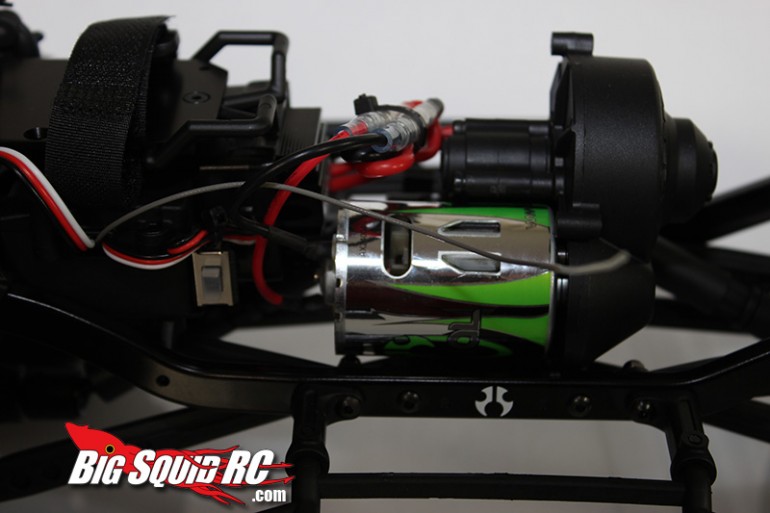 Everybody’s Scalin’ For the Weekend – Brushed vs. Brushless 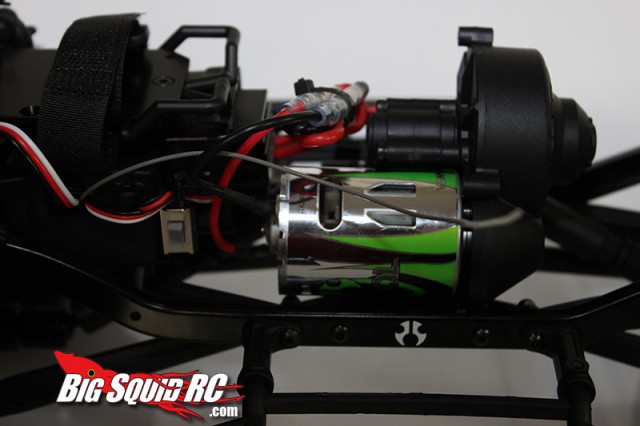 Brushed vs. Brushless is a non argument pretty much everywhere in the hobby. Everyone knows brushless technology offers the most speed, reliability, ease of use, etc at this point so why even bring it up? Because scaling/crawling is one of the last stands for brushed motors, a place where the discussion still takes place with merit to both sides, that’s why. Click the “Read More” to see both points of view (and for a guest appearance by a famous talking rock).

Let’s start with the basics. Crawling is unique in that it demands low throttle performance as the defacto “thing”. That’s completely different from nearly everything else in R/C where the end goal is usually top speed. While you may be saying “Well, duh”, I bring it up because that means non-sensored brushless systems are eliminated from the equation due to glitching/cogging at low throttle. That means the real argument at hand is brushed vs. sensored brushless (sensored systems allow for smooth throttle response across the full spektrum). That’s a very important distinction to make. Let’s go with brushed first.

The most popular brushed setups are either 27 or 35 turn. This range is nice and torquey when crawling and putting it on 3S will allow for plenty of wheel speed should you need it. As long as your ESC is waterproof you can also run around in the muck relatively worry free as brushed motors operate just fine in the drink (clean them off afterwards, you don’t want mud inside of them). The best part about all this is the cost. You can score a nice waterproof system for around $50-75 (like the new Axial AE-5 ESC/27t motor as an example). If a motor goes bad a new one can be had for around $15-$25 bucks. It’s about as low cost as it gets in the r/c world.

Now for the flipside. A good sensored brushless crawling system is no slouch and in many ways is totally better than its brushed brethren. The top of the line systems have fantastic drag brake hold, smooth throttle response and gobs of wheel speed on tap. So what’s the catch then? Why isn’t everyone flocking to brushless? It’s the combination of cost and being unable to perform in certain conditions without modification.

Sensored systems DO NOT like water or mud. Waterproofing steps must be taken to insure liquid doesn’t get inside the sensor ports on the ESC or motor. Even then, if you are running in deep water or mud bogging (not out of the question for this style of truck) you are playing with fire. A soggy port can leave you standing still until it dries out or even just fry the system completely.

Cost is also a major factor. A good brushless crawling system starts at around a $200 ballpark, substantially more than a brushed system. There isn’t that big of a performance difference on the rocks in many hobbyists eyes to warrant the higher price. It’s also a piece of mind thing; you can go bash your cheaper brushed system really hard and worst case you’ll most likely be out less than $100 bucks. The guy running a $300+ top of the line Tekin Roc 412 with RX8 speedo (an amazing combination FYI) may not want to tackle the nastiest parts of the trail for fear of ruining his system…or worse, he DID run that section of the trail and DID smoke his fancy top end system (possibly inventing new curse words in the process).

So that’s the conundrum in a nutshell. If you plan on staying relatively dry or don’t mind waterproofing and want to go fast as well as crawl (i.e. you Yeti folk) then pony up for a good sensored brushless system and sleep well at night. If you are primarily just wanting to crawl obstacles, get into the nasty stuff and/or don’t want to break the bank then you are just fine staying with a high torque brushed motor. As Olmec from Legends of the Hidden Temple used to say, “The choices are yours and yours alone.” Actually wait a minute, let’s get Olmec in here to say it for himself.