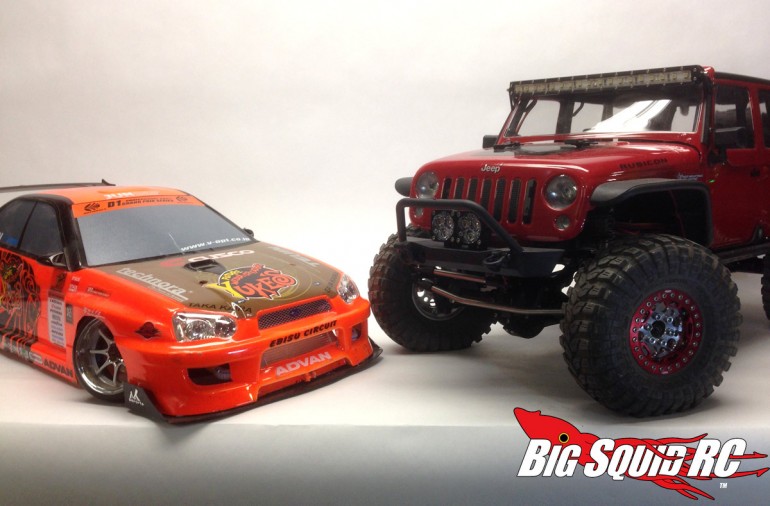 Everybody’s Scalin’ For the Weekend – Drifting and Crawling, like PB&J

Scale interiors, radiators, bodies & wheels….sounds a lot like scaling right? Well yes, but I’m actually talking about drifting. On the surface a scale off-road crawling truck may not look like it has anything to do whatsoever with a belt driven drift car, but there are sure a lot of similarities between genres.

The line between each “scene” is becoming more blurry every day. Many of my friends that I go scaling with are either big into drift or at the very least have gotten into it for a short time. It’s very common to see guys playing with drift cars in the parking lot at a scale meet or see guys crawling with scale trucks on the outskirts of a drift meet.

Take our new drift columnist, Evol, as an example. While we’ve been good friends for a couple years now, we first met several years ago at a RECON G6 running tricked out Axial SCX10’s. Even though drifting is his forte, he’s long been heavy into scale trail trucks (his personal rigs are shown in this pic). I had a fling with drifting about a year ago and can tell you first hand it’s a blast.

So why the crossover appeal? I think its pretty simple. Both forms of r/c are less about speed and all out performance (although that’s not to say some of these vehicles aren’t great runners) and more about community and scale realism. Just like trail runs are a ton of fun for the off-road guys, drift meets can have a very similar vibe. Watching a track full of sliders run in tandem is an awesome thing to watch.

I strongly doubt we would ever see something as crazy as an Axial Racing based drift platform….but due to the intersection of their target demographic I wouldn’t be totally shocked either. What say you readers? Any of you hardcore scalers into drifting as well? Got a cool trailer for your SCX10 or Wraith that you use to “haul” your car around? Feel free to post pics below or shoot an e-mail to doug at bigsquidrc.com.