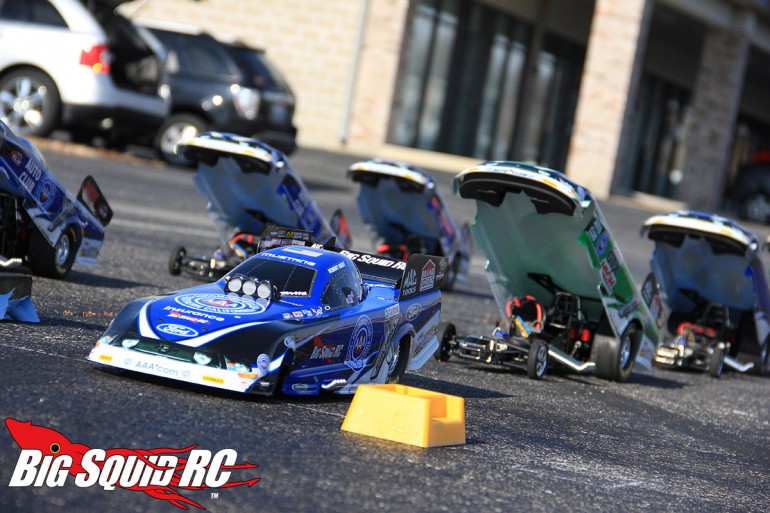 I’ve long been a casual NHRA fan but “something always came up” when the tour rolled through town. I’d always put it off until next year…for around 10 consecutive years. After missing last year’s show I drew a line in the sand and said “Come hell or high water, I will go see a nitro race this year”. Thankfully, my father in law (an old racer himself) held me to it and I took in the NHRA Midwest Nationals last September. I’ve worked in race shops for years and have seen so many live events of various types that I figured nitro couldn’t be that different, despite what everyone told me. I could not have been more wrong!

It was the most visceral experience I’ve ever had involving a motorsport. The first fuel car took my breathe away as the shock wave rattled my internals and shook the grandstands. I can’t really explain it. If you’ve seen it in person then you know. The pit area is also a land of wonder. You can get up close to the teams as they completely rebuild an engine in around 30 minutes. Watching a bomb highly tuned nitro engine warm up from a few feet away will bring a tear to any gearhead’s eye. The spectator accessibility is top notch. I became a hardcore fan that day. I’m already jonesing for my next hit of nitro next fall.

So yeah, after that I knew I had to try my hand at r/c drag racing. I’ve seen the Traxxas Funny Cars before and always thought they looked very cool, but without anyone to run against I figured “why bother”? As luck would have it, a local group of guys around me decided to start a drag club where you have to run the FC’s bone stock. I snapped up a car and headed to my first race last weekend, a test and tune during an unusually warm day.

The track was 132′ of smooth CarQuest parking lot (1/10 scale quarter mile) that was sprayed down with grape soda for traction compound. After setting up the Traxxas DTS-1 timing system (I purchased one so I hope to do a full review of it after I’ve used it in depth) it was time to pair up and get it on!

Elimination racing with a group of these things is awesome. We had 8 on hand so it was a perfect number for an even bracket. They can be a handful to get dialed in, but once you figure out how hard to launch it’s a lot of fun. Burnouts and staging are particularly neat. The crashes are also really wild. Keeping guys from nailing the speed traps was a bit taxing (you have to reset them) but outside of that I loved it. The intensity of trying to cut a light against your opponent is addicting. Looks like my next vice is r/c drag racing. Just what my bank account needs (sigh).

It was cool taking in a scale drag race for the first time. Next summer the group plans on running a full funny car points series with around 30 vehicles taking part. I’m in! I have a very special BigSquidRC paint job in the works and will show it off sometime next spring :). It was also neat seeing the other types of pro-mod style rods show up. I now want to build a scale door slammer for bracket racing.

Next week I’ll be back off-road. Until then, have a great weekend! Oh, and just for the heck of it here are a few shots I took of the “big boys” in September. If you have any interest at all in internal combustion, I implore you to go take in a top fuel race at least once in your life. It’s like being stuck at the epicenter of an earthquake while dynamite is ignited. Yes, that’s a good thing.

For more scale r/c news on BigSquidRC you can click here. Curious about r/c drag racing? Click here to see what we’ve written about it over the years.