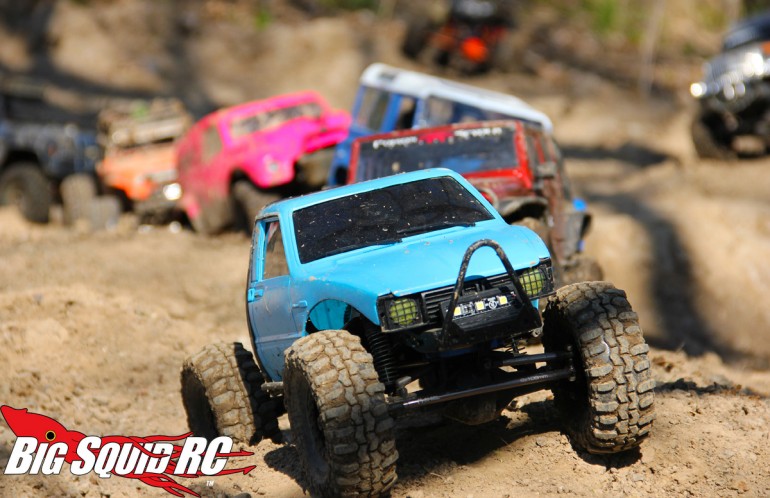 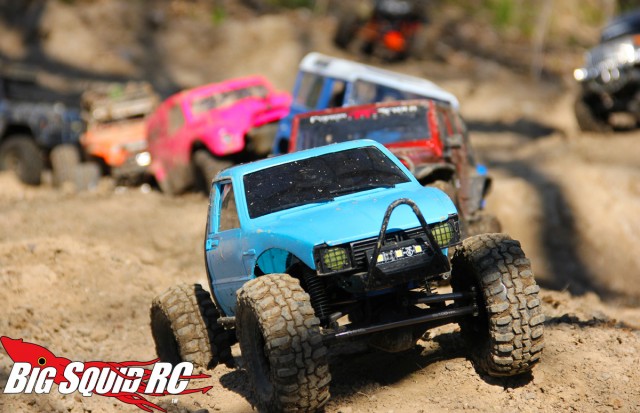 With our Big Squid RC Facebook Group opening its doors last week (you should check it out, lots of cool vehicles being posted), I figured now is as good a time as any to share my Facebook story as it pertains to the hobby. I know it’s en vogue to proclaim Facebook “The Worst Thing Ever©” but for me it’s generally been a positive experience that’s led to the most fun I’ve ever had in r/c.

I got into scale off-roading in early 2012. I was having a great time by myself, but eventually my interest started to wane because I had no one else to do it with. I’d look online and see these big scaling clubs in California and be jealous. “It really sucks no one does this by me” I’d say. I thought about just selling all my stuff but ultimately figured, “Hey, why can’t I just start a club and find like minded people?”. There just had to be others around me into the same thing. Turns out I was right.

One afternoon I took about an hour to draw up a simple logo and start a Facebook club page. I had no real content so I just posted a few pictures of my truck to start out. Soon a couple friends started posting their stuff as well. After a month of promotion (i.e. me posting on every related message board) we had about 6 people come out to our first trail run. I thought it was a smashing success as we had a blast. As word of mouth spread, our next run had 10 people, then 20, then all of a sudden 60 people showed up to an event. There was most definitely people out there like me….we just weren’t aware of each other before. Facebook helped make that connection (don’t get me wrong, there is also a good amount of work involved and it helps when you meet good people like I have). The site clearly has major faults, but without it I never would’ve been able to assemble the motley crew of lunatics that I go scaling with.

My point is this – the popularity of the hobby is at an all time high (I don’t mean just scaling, I mean the whole she-bang). I hear people say all the time “man, I wish we had that kind of turnout where I live”. Go start a facebook group/club and you may be surprised at how many people you find that have similar interests. Boating, bashing, racing, whatever. Even if  you just find one other person you’ll never have to r/c alone! If a buffoon like me can do it, you most certainly can too.

Next week I’ll be posting impressions of the just released RC4WD 1.9 Mud Slinger 2 XL tires. I got my set last night and will be running them hard all weekend to see if they are worth your dough. Until then, keep it on all fours!