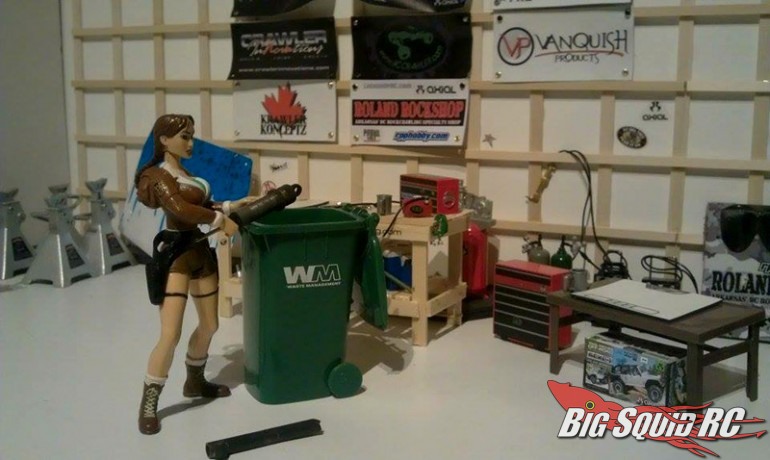 Everybody’s Scalin’ For the Weekend – Playing with Toys

Boy, that announcement from RC4WD about their action figures sure prompted a wave of comments, emails and office discussion with people trying to make their own point about when “enough is enough” on the scale realism thing. Here’s my take.

While I’ve been an r/c hobbyist for around 20 years now (I’m 30), I’ve been a scale modeler for even longer. I think I was 6 or so when I put together my first SnapTite F-15 eagle model. I was off to the races after that. Even though I was never a hardcore modeler, I always appreciated ogling the dioramas or meticulously detailed pieces that the old timers would display in the hobby shops. I’m also a total sucker for a big model train getup. Despite being an avid r/c racer I always stopped to marvel at a super detailed piece when I’d see one out in the wild (Tamiya Bruiser, semi truck, etc).

For myself and many others, the scale boom in r/c is a marrying of two loves – r/c and detailed scale modeling. When I see someone put a detailed driver figure in their vehicle my first thought is “That guy went the extra mile to make that piece look great”, not “Why is this stupid grown man playing with a doll!?”. First off, we are ALL playing with toys here. One of my biggest pet peeves is when people try and act like r/c’s aren’t toys. Unless you are flying a military drone or a driving a bomb disposal bot…I’m sorry, but you have a toy. They are expensive toys that can be a ton of fun…but they are toys.

Going back to the driver thing, I’d argue some trucks look stupid without one. Look at the original Axial Wraith (the new Wraith Spawn includes molded drivers). That thing is over the top in the scale looks department…but looks sort of silly to me WITHOUT a driver figure. 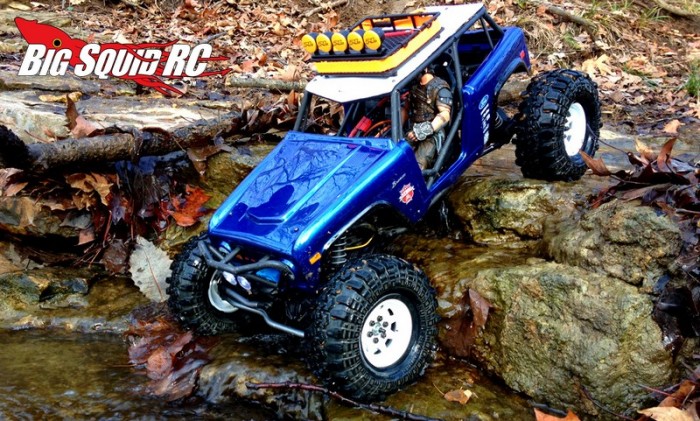 This is my first Wraith. I added the driver figure because I thought it looked weird with an open seat.

Scale garage dioramas are another thing that’s become popular. Some guys put a ton of time and elbow grease into theirs to make it look cool (thanks to my buddy Josh for lending me a pic of his, see the top of this page) and yet many chastise them for “having too much time on their hands” or “playing with toys”. Oh please, that’s why it’s called a hobby! It’s the same stuff people have been saying about modelers forever. While I’m not personally into the garage diorama thing I certainly appreciate the detail guys put into it, much like when I see a crazy static model that looks so lifelike you could swear it actually ran at one time.

Hey, I’m not saying ultra hardcore scalers shouldn’t be subject to a good ball bustin’ from time to time. I totally get that. It’s just that we don’t always need an armchair psychiatric evaluation for going above and beyond the normal hobbyist to make our rigs look super realistic. That IS the fun of it for some people.

If you want to put a driver figure in your truck or work on a garage diorama to shoot pictures then by all means do it. It’s YOUR hobby. Ultimately there is no difference between doing that or spending a bunch of time at the track trying to shave a couple seconds of your lap time. After all, we are all just playing with toys.